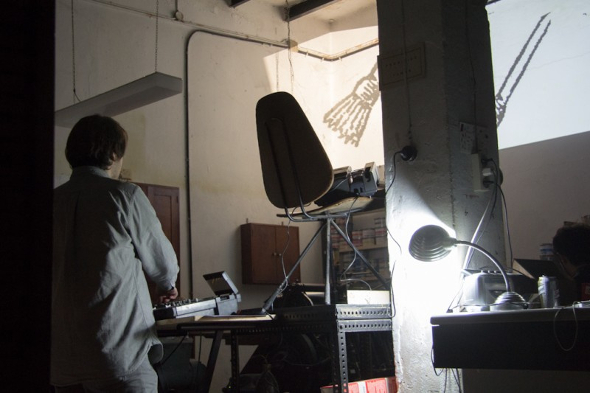 Stream a track from the new album by the Spanish artist behind the Anòmia label.

Arnau Sala has a long and storied history in challenging music. As we discovered when Matthew Kent profiled the Anòmia label he runs with Ivy Barkakati, his roots in the punk and hardcore scene of New York and Philadelphia soon grew into the murky waters of experimental electronics, noise, and other such fringe concerns. Anòmia has since taken shape as a choice label for edgy sonics, featuring artists such as Mars, DJ Bookworms, NMO, and Veiled. Meanwhile Sala has developed his own artistic career as Exoteric Continent, having delivered cassette albums to Opal Tapes, Second Sleep and plenty more besides.

Most recently he has struck up a productive relationship with the Hospital Productions label overseen by Dominic Fernow, where he delivers his next album. Referèndum was in fact released on cassette and digitally last year, spread over two volumes, strictly limited and only available at live shows. Now Hospital are doing the right thing and pressing Saez’s work on to vinyl, newly released this week, and you can get a feel for the album with the below stream of opener “Autoritat”.