Yoshinori Hayashi – The End of the Edge 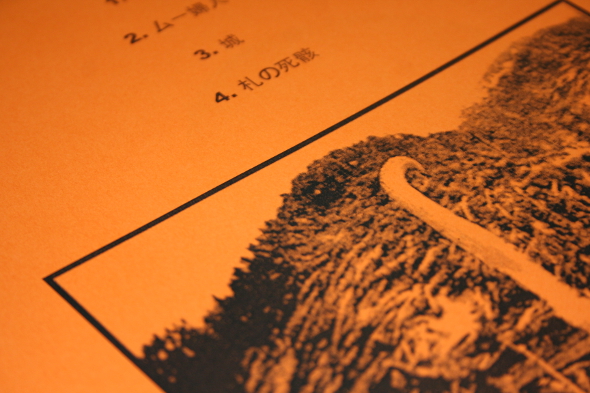 Seven vinyl releases and quite a few cassettes deep and I think I’ve got a handle on what Going Good are trying to do as a record label. Going Good’s Brian Not Brian is noted for handpicking interesting, often over-looked records from the past as a DJ, and the label has also shown an uncanny ability to direct trends as opposed to follow and exploit them. “A shining star in a swamp of banality” as one Discogs user called them. Indeed it’s no scandal to state quite a lot of modern house and techno is quite lacking when it comes to discernible character. How much of what fills the new release racks at record shops every week will be looked on by future generations of adventurously-minded collectors and DJs as classics and curios?

Assessing what Going Good has put out to date, Brian and silent partner Sal seem to be aspiring to occupy that place; to be for those future generations the sort of record label whose deliciously odd discography they themselves would love to stumble upon now. Whether Going Good achieve that goal is something for writers twenty years down the line to discuss but their latest release from unheralded Japanese producer Yoshinori Hayashi is most definitely a step in that direction.

In simple terms The End of the Edge sounds so distinct and completely out of sync with anything that is currently getting pressed on vinyl in the name of independent labels. Play all four tracks to a stranger and they’d be lucky if they guessed The End of the Edge was produced in recent times; there is a quality to the record that feels as if it could equally come from the future and distant past. The Tokyo-based artist is evidently a skilled musician and producer with the lines constantly blurred between what’s been played live and what’s been sampled. Listening to The End of the Edge teases out an insatiable desire to seek out Hayashi, sit him down and hear him discuss his influences and how they bleed into the way he makes his music. This is an all-too rare feeling when listening to new music these days.

Hayashi’s debut is a special record and one you should discover for yourselves without too much of a clue of what to expect so let’s brush over just two of the tracks. “Madam Moo” is by far the strangest here; Pépé Bradock’s cat purring track on Imbroglios a few years ago springs to mind as a comparison for the odd chirping animal samples that anchor the exotic instrumentation and skewed percussion. Hayashi’s innate skill for combining sampled and played instruments is displayed with dizzying aplomb on final track “Carcass of Tags”, a production that will delight and frustrate DJs in equal measure. It’s one of two tracks with something approaching a standard beat, but the manner in which Hayashi processes them is akin to a long line of dominos crumbling over each other.