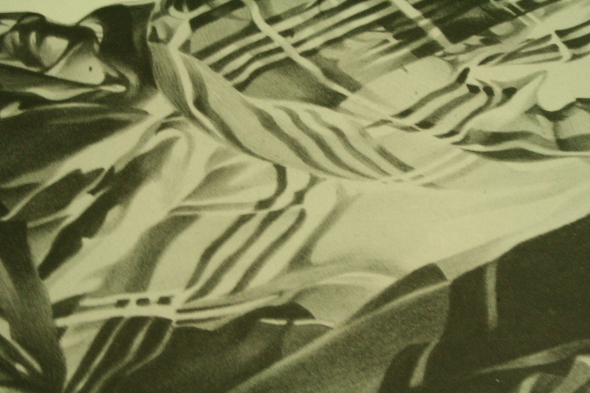 Fluidity in line-up doesn’t exactly directly translate to a lively, liquid form of music, but when dealing with jazz – or a jazz-like or jazz-inspired infusion – and improvisatory work there’s a certain expectation for work that toys with and breaks down a grid through exploration, especially within a rotating assembly. Moritz Von Oswald Trio have understandably taken a particular care to explore how frames can break or morph in the last couple of years, the core team of Sasu Ripatti, Max Loderbauer & Moritz Von Oswald (plus more than a handful of supporting acts including Tobias Freund & Carl Craig) as thoroughbred a techno heritage as you can find, and their records has always married rhythm with spontaneity in fairly equal measure. 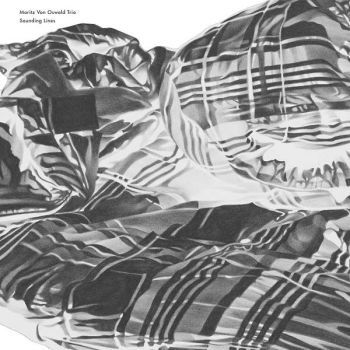 Now for Sounding Lines, the percussion role has passed from Ripatti to afrobeat pioneer Tony Allen, and the mood has swung from fields of free, occasionally industrial texture and intuitive effects to something much looser in tone. The groove that on past records split definition between krautrock, dub and techno in terms of urgency now falls squarely in line with the latter two, the manner in which tracks unroll becoming much more languid, and the actual diversity of texture a great degree flatter. Ricardo Villalobos is conspicuously credited as having mixed the record and arguably is the silent fourth member of the group with how consciously his hand can be recognised upon the result.

Effects and harmonics are mixed down to the peripheral and the rhythm becomes the total focus, Villalobos’ snap-to-grid approach merging with Allen’s clever and precise snare-work to create quite dry building blocks, and peeps of melody above the surface (an interesting, quite mechanical synth in the second third of “Sounding Line 1 ») tend to have a strange isolation to them. Honest Jon’s describe every crevice as richly detailed, but in practice it tends to only be within the cracks and shadows that much of the vibrancy or minutiae can be found.

If this sounds altogether downbeat, it’s not meant to – the trajectory was more than hinted at with last year’s Blue/Blue Dub 12” when Ripatti was still involved, as well as the 2013 MvO album with the jazz trumpeter Nils Petter Molvaer, and Allen’s focused drum work really does stand out and sound so precise and calculated against a minimal backdrop. “Sounding Lines 5 (Spectre) » finds him at his most central, the scattered and freewheeling hits altering to become the rhythmic backbone whilst a strange, ominous synth line snakes around it, returning one of the weirdest and most interesting pieces from the Trio thus far.

It’s also really, really nice to hear pure sub-heavy bass sneaking past Villalobos’ hands for the first time in ages (here and on his own new Vilod record Safe In Harbour!), “Sounding Line 4” a highlight for cranking up the low-end to match Moritz’s accentuated and highly distinctive contemporary dub chords, whilst Allen’s ornamentation gets the dubwise effects applied upon it.

Listeners in the last few weeks have seemed to grasp at the licks of increased colour, the hints of funk in the repressed organ stabs of ‘Sounding Lines 7’ rolled into a motorik driving force, but really this new Trio finds itself strongest at its sparsest or most alien. Or when, as frequently happens, the tracks start to roll into one long and loose motion.