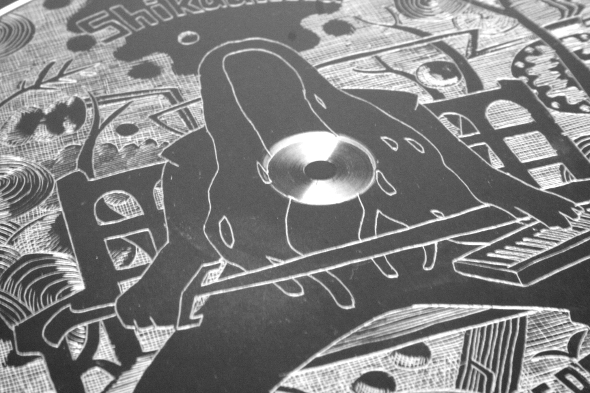 Sounds of the universe from Soul Jazz, Dekmantel, Firecracker, Blackest Ever Black, Medical, Frustrated Funk and more feature in our picks of this week’s new releases.

Juju & Jordash – Down To The Roach (Dekmantel) 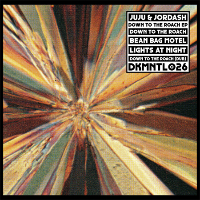 Juju & Jordash are central characters to the Dekmantel story, an ever growing platform seemingly set on world domination through music, festival and fashion means. The pair inaugurated the label in 2009, and as a duo they’ve since appeared on the Dutch operation a further nine times which includes three long players. This four-track Down To The Roach EP is about its lead joint, a bouncy and deceptively fast-paced club track that’s powered by its spritely synth line and splashes of chord play that’s further carried by a breathy, cooing vocal. A dub version with no sign of human life makes the B-side where delay and feedback are turned up and swinging 909 drum machine cymbals are brought to the fore. But the quality of title-track and dub shouldn’t discount the panache of metallic warmth in “Bean Bag Motel” and cosmic starburst of sound in “Lights At Night”.
Listen/buy vinyl 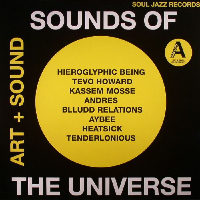 If there’s a collective mind you can trust to uncover, reissue and deliver music worth knowing its Soul Jazz. A favourite at Juno Plus is the 2010 release of Deutsche Elektronische Musik (Experimental German Rock and Electronic Music 1972-83) and we’re looking forward to the end of the month when we’ll get our hands on a copy of Disco 2 (A Further Fine Selection of Independent Disco, Modern Soul and Boogie 1976-80). But until then we’ll be soundtracking our office to the contemporary sounds of new and released music by artists like Hieroglyphic Being, Kassem Mosse and Heatsick to DJ Stingray, Mike Huckaby, Golden Teacher, and many more. 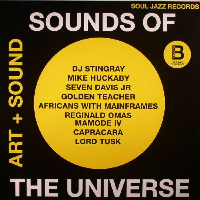 Between 2012-2015 Soul Jazz sub-label Art + Sound put out a series on 12”s that were available exclusively from Soul Jazz’s London store, and now a selection of music from those records (Sounds Of The Universe: Art + Sound 2012-2015 Record A), including cuts from Tevo Howard, Andrés, AYBEE and 22a’s Tenderlonious, will enjoy a wider release. Adding to this two-part vinyl (CD and digital) release is Sounds Of The Universe: Art + Sound 2012-2015 Record B, featuring previously unheard music by Jamal Moss and Noleian Reusse’s Africans With Mainframes collaboration, Seven Davis Jr, multiple tracks from American producer Ras G and Jonathan Burnip’s project, Capracara.
Listen/buy vinyl A Listen/buy vinyl B 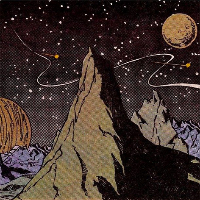 If you consider the labels Lnrdcroy has released with in the past – 1080p, Forbidden Planet and Wichelroede – it’s hard to say where the Canadian will turn up next. For his first release of sorts for 2015 sees Leonard Campbell (aka Lnrdcroy) appears on Lindsay Todd’s Edinburgh hub Firecracker, who have decided to remaster and commit to vinyl (and CD) his Much Less Normal cassette LP from 2014. It was first put out by Vancouver label 1080p, and speaking with Brendan Arnott in our feature on Lnrdcroy last year, founder Rich McFarlane spoke of his love for the album by saying, “it’s so exact in its examinations of landscapes and neighbourhoods here in British Columbia but also from the idiosyncrasies that come with along with classic ambient electronica touchstones.” And now, as Lnrdcroy has proved by showing up in Scotland, you don’t have to be from anywhere near Canada to loose yourself up the producer’s cosmic fusion of house and melancholic beatlessness.
Listen/buy vinyl 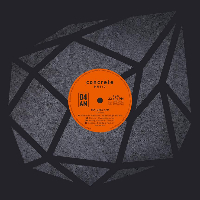 As Parisian label concrete continues to grow so does its Textures series, and we’re currently at a stage of the night where the techno genre really becomes a world unto itself: 4AM. This latest release sees Ukrainian anomaly Stanislav Tolkachev supply a textural hiss of sound punctuated by beats and bleeps to haunt an empty power station, while Bosconi Squirts artist Corcos delivers a nostalgic and crepuscular vibe in the fittingly titled “Change Tomorrow”. Versatile Records graduates Society Of Silence deliver a dub-sided drum track that sounds like a broken machine thrashing about in dirtied water, and, according to Juno Plus sources, the Antigone and Abdullah Rashim collaboration “Mackandal” was the result of an adventitious back-to-back DJ set the pair played at the label’s Seine-residing club in Paris.
Listen/buy vinyl 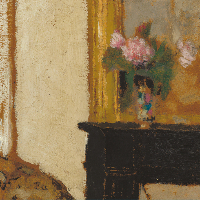 Before we dive into the music of Claude Eden, aka Six Six Seconds, it should be known her graphic design skills have graced labels like Downwards, Tresor and Blueprint. This two-track 10” Blackest Ever Black have decided to slip out originally stems from Downwards sub-label, D/N Records, the platform responsible for great 12”s like Karl O’Connor’s White Savage Dance and Talker’s Cut The Weight, and others by Ugandan Methods/Speed Trials. Eden’s “Tearing Down Heavens” closed the 2012 So Click Heels compilation and for Juno Plus was a highlight alongside a V West’s “Catching Me Cold” and “Traumatic Age” by Silent Servant. It seems this song has left a lasting impression on Kiran Sande who’s decided to give this melancholic number a release on BEB through in extended form while adding a reprise on the B-side. Tropic of Cancer fans, add this to your collection and hope for more.
Listen/buy vinyl 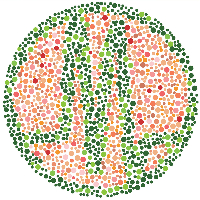 Medical Records, along with likeminded labels such as Dark Entries, represent everything that a reissue label should be. The Seattle-based operation has done a sterling job of unearthing gems by minimal wave and industrial favourites such as Severed Heads and Alexander Robotnick, but alot of the most distinctive work they have turned their hand to has been from lesser known artists. After five years of operations they’re commemorating this fact with a 17-track collection that spells out the range that Medical can reach to. There are plenty of raw, deadpan vocal synth pop moves from the likes of Disco Volante, while elsewhere Tony Carey drops the futuristic beatdown jam “No. 8” and I Signori Della Galassia whips up cosmic Italo. There are different shades to the treasures Medical has respectfully plundered since they started operations, and Synesthesia does a fine job of summing them all up.
Listen/buy vinyl 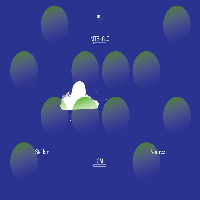 When Stellar Om Source’s Elite Excel single and Joy One Mile album dropped on RVNG Intl. in 2013 it was likely the first time many had heard this previously stealthy artist. Appearances on Olde English Spelling Bee, Big Love and Black Dirt had largely flown under the radar, and this new increased exposure seemed like it would be a breakthrough for the artist. Strange then that there has been very little heard from Stellar since, until this new four track EP. Fortunately, for fans of her distinctive style, it remains very much in the place where she left off without sounding like a simple repetition. Bubbling layers of analogue drums and synth are the order of the day, which may not be anything to write home about but for the deadly way in which Stellar is able to arrange her chosen devices. It’s a record brimming with inventiveness and robotic funk, and that’s not something anyone can imitate.
Listen/buy vinyl 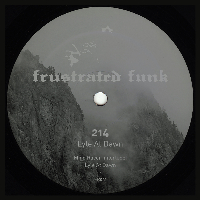 It’s a fine time for quality electro sounds at present, and Chris Roman is a prime exponent of that philosophy with this new jam on Frustrated Funk. Considering his last outing as 214 was the Plastic Spokes EP on Scottish label Fortified Audio back in 2012, the sound of his machine funk is in fine fettle. “Lyle At Dawn” moves with the elegance and precision of Heinrich Muller at his most focused, while keeping a necessary griminess present in the lower registers of the track. On the B-side, “Ektes” moves with a more measured demeanour that wouldn’t have sounded out of place on an old Ai Records compilation, while “Time For” happily searches in less floor-bound headspaces thanks to some soul-searching synth lines. While electro may have a blatant formula, it doesn’t stop the right kind of producer wrenching something beautiful out of the blueprint.
Listen/buy vinyl 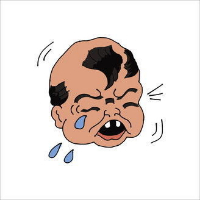 Reportedly hailing from the Green Door Studio in Glasgow, Junto Club are another collective tapping into the fertile creative ground between dancefloor-minded electronics and psychedelic jam band tendencies, and they sound very strong with it. Unbound by the mono-stylistic trends of a one-person operation, their self-titled debut drifts between a whole host of wonderful sounds from the woozy prog groove of “Leaving Forever” to the low slung sleaze squall of “SCG”. “Freedom From The Known” taps into a laconic boogie that bizarrely calls to mind The Beloved, while “Let Me In” is broken hearted dub blues of the highest order. With such eclecticisms and a vocalist that has a dash of Lux Interior about him, there’s a high chance Junto Club will go on to big things from here.
Listen/buy vinyl 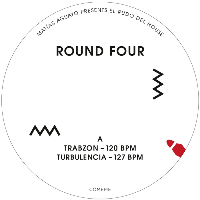 As the Cómeme label boss shunts his El Rudo Del House series towards its fourth installment, he shows no signs of slowing down on the high pressure club tackle to engender sweating and shaking from locked in party people. “Trabzon” is a fine case in point, laying down the most simple of basslines as a perfect underpin to a pneumatic beat accented by perfect slices of puffs and pants. It’s the kind of simple trick that makes for a seriously sexy jam, almost at odds with the violent industrialism of “Turbulencia” with its double time snare shots and hard-edged drum track demeanour. “Tomada (Mas Rudo)” is equally malevolent in its inentions as a slamming percussive work out, albeit with a little UK Funky kinkiness rubbed into its loins. “Lecciones De Perreo” is on hand to smooth things out a touch at the end of the EP by dropping the tempo, even if the programming still stays frantic and funky throughout.
Listen/buy vinyl