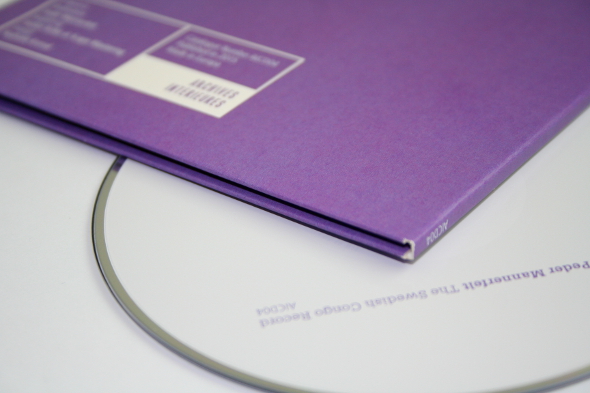 Along with the infamous blonde wig, it seems Peder Mannerfelt wears many hats as an artist. Whether it’s his intense live solo act (wearing said hairpiece), the imaginary soundtracks with Malcolm Pardon as Roll The Dice, or his former time with Van Rivers as The Subliminal Kid (known for producing such acts as Fever Ray and Blonde Redhead), he certainly keeps busy. It comes as a fitting installment then that he unveils one of his most ambitious projects yet on Peter Van Hoesen and Yves de Mey’s experimental label, Archives Intérieures. 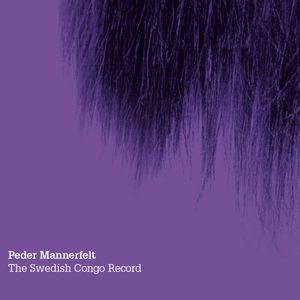 According to Mannerfelt, the inspiration came from an obscure record, compiled under the title The Belgian Congo Records dating back to 1950 by Belgian film maker Armand Denis. Instead of going down the usual avenues of sampling or remixing using source material, he took it upon himself to re-create the record using electronic instruments and to quite fascinating effect. The trance inducing congo drums and hand claps of the original are now imitated by a myriad of vintage drum machines. The tribal chants echoed by, presumably, Mannerfelt’s own voice, are chopped up in a sampler and resequenced. Most likely reminiscent of the original version, most of the 24 tracks clock in at around two or three minutes.

While there may be quite a bit of music to get through on The Swedish Congo Record there’s no shortage of highlights. On “Omade”, Mannerfelt’s murmured imitation of tribal chants meet with low bit rates and analogue delays complete with backing vocals that sound like they’re from a speak and spell. Tom drums are edited to form something completely different altogether on “Xylophone at Luberi.” There’s also a painstakingly intricate congo workout on “Royal Watusi Drums 1” that sounds like it could quite possibly be the most precise rendition of the original on here. A personal favourite is “Bahuto Chance and Dances 3” with its tripped out delayed toms, shuffling rhythm section and vocal chants. Whether they’re from a human or a synth, I’ll never know; but I do know it’d actually sound great played in a club.

It is also of important note that while being a tribute to one of Mannerfelt’s favourite albums, it’s also dedicated to a dark chapter in Belgium’s colonial history. This tragic account was also diligently explored in British film maker Adam Curtis’ 2011 documentary All Watched Over by the Machines of Loving Grace. The film, much like this record, assessed Belgium’s occupation of The Congo and subsequent handover in 1960 that caused a descent into corruption and civil war ever since. Not to mention the violent battle for control of the mineral and resource rich regions which are essential for the operation of modern day electronic devices, namely computers. It’s also claimed that Denis’ propaganda films in nearby Rwanda lead to divide and rule and engineered a war between the two ruling tribes resulting in bloodshed still enduring to this day. Such are the consequences of Western Imperialism and greed.

The aspect of social commentary that comes as part of this release is expressively significant. As the foreword in the liner notes of the release conclude; that by simply sampling the album it would be hypocritical and contribute to the same pattern of exploitation that the album is in fact criticising. The amazingly intricate and inventive methods that Mannerfelt implemented in order to cover this album are exemplary. It turns out he is actually an avid collector of African music and as a result his appreciation has gone well beyond the basic aesthetic of said styles, as he explores the hypnotic, transcendental and spiritual qualities to impressive effect. Mannerfelt’s dedication to this obscure album induces the same states of trance and higher consciousness quite possibly comparable to the original.