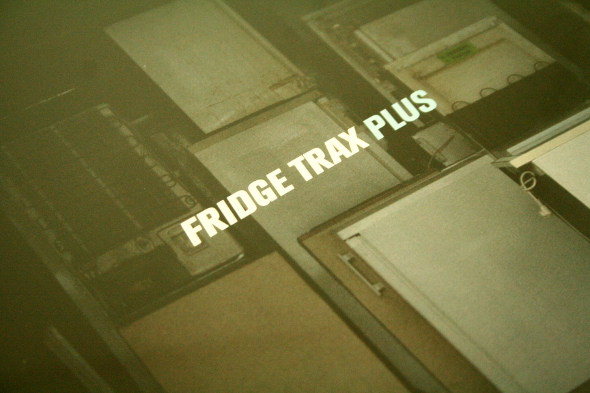 Considering the monolithic presence Editions Mego commands in the field of noise and experimental electronica, it’s sometimes hard to imagine how the Viennese label started out. As the operation reaches twenty years of service to unwavering excursions on the fringes of what can be called music, a spirit of stocktaking is naturally in the air. Having never personally ventured far back into the foundations of the label when it was simply called Mego (the label was disbanded and reformed as Editions Mego in 2006), Fridge Trax Plus brings a pleasant sense of context to a label that at times feels impenetrable. 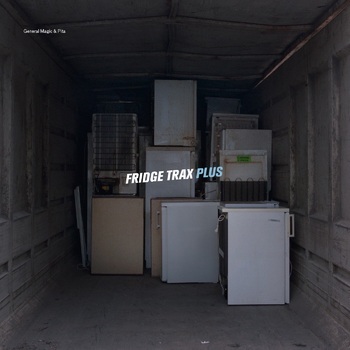 The original Fridge Trax album was MEGO 001, and it saw the duo of Ramon Bauer and Andi Pieper commence their journey as General Magic, joining forces with Peter Rehberg (Pita) to start the label and release their experimental sounds in 1995. The concept is not hard to surmise; the Fridge tracks were assembled from sounds acquired through microphone placement within a fridge. The results however are far more surprising.

As a retrospective listener, the fifteen-minute tundra ride of “Deep Fridge” feels like the impetus for so much of what has followed on Mego, dealing largely in glacial drifts of hum and noise managed with needlepoint precision. Only the occasional squelchy low-end wobble breaks up the icy dread. At this point, it would make sense that the album would continue on a path into static, textural studies as has often been the way on the label since. However, this was 1995, and in the mood of the times all bets were off as to where creative exploration would lead. As such, “Dope Fridge” comes on like a slap around the chops with its dynamic, flanging drum funk construction. It’s really a crafty break, however it might have been constructed, sidling towards the earliest Wagon Christ tones on Rising High amongst other such classic mid ‘90s downtempo tones. The only difference here is the rich and slimy textures slopping around on the surface of the groove.

“Funk Fridge” has its own share of surprises, pivoting around some undecipherable vocal tones that leave one puzzling over just whether they really came from the fridge. Elsewhere, the sound design levels ramp up further and hit some truly thrilling territory. “Spring Fridge” is surely one of the highlights of the album with its fulsome spread of sonics, from looming low end thrum to insectoid high-frequency interference, with a little space left for amelodic chimes to provide the narrative to the track. What really stands out is the composition of the track, where a tangible breakdown teases the senses before a truly flamboyant display of processing prowess brings the core thread of the track back into play. It’s just as challenging as anything you would expect from Mego, but with the ghost of traditional track structures not quite so far away there is space for a few more dramatic peaks and troughs.

This sense of excitement may be related to the fact that “Spring Fridge” was amongst those released on Live And Final Fridge, the Source Records release compiled from a performance by the trio at legendary Berlin ambient festival Interference. “Shuffle Fridge” too moves with an energy that suggests live performance and loud volume, at times touching on the alien mechanics of Autechre with its jagged, mutant electro rhythms. “Phunk Fridge” even rides on a sturdy bassline, and sees a return of the troubled vocal tones that inhabited studio track “Funk Fridge”. In the searching methods of the artists caught in the moment, some stunning live moments emerge where the effects ramp up more than would perhaps be afforded in the studio.

What is most pleasing about this release is the moment in time it captures, where the sounds and styles leading up to Fridge Trax still hang heavy in the background. General Magic and Pita were clearly determined to charge ahead into strange new lands, but before reaching something utterly new one must of course shake off ones roots. There are plenty of places on the album where that has evidently occurred, but there’s also a great charm in the places where it hasn’t.