The Manchester producer is releasing his first solo EP on his own meandyou. label.

There is a definite sense that the meandyou. crew are becoming a recognized artistic force in their own right rather than noted promoters-turned-producers. With appearances in such buzz-approved spots as Golden Püdel and Stattbad under their belts and a regular stint on NTS Radio, it’s safe to say the Manchester crew are building a very strong name for themselves on the European circuit. The label they started in 2013 merely compounds this theory, even if there have only been two releases thus far. The first featured Kassem Mosse and meandyou. resident Juniper alongside lesser known names, and then the second was an even more pronounced step into the shadows with the only link being Herron, another founding member who had equally appeared on the first release. As well as those first two installments of meandyou. 12”s, Herron managed to sneak on to the last Workshop release alongside such curios as a re-released mid-90s techno jam from The Horn and the ear-snagging “Feel Me” by Willow.

Considering the Herron tracks on these split releases always stood out from the rest, it’s good news to hear he now has the chance to spread himself across a whole 12” with no less than five tracks. The Night Garden is clearly Herron’s official arrival statement, sporting three full-length excursions into ambiguous house music that continues the murky aesthetic that hovers around the work of meandyou. as a whole. The other two tracks represent shorter diversions into ambience and experimentation that take the tense atmospherics away from direct beat constructions.

In a further affirmation of the ascendant path Herron is on, he and fellow meandyou. founder Andrew Lyster (of recent Juno Plus podcast fame) will be debuting a live A/V show at the Barbican on July 9 in support of Demdike Stare. The gig is part of the Station To Station programmr happening across 30 days at the London venue – more details on it here.

meandyou. will release The Night Garden by Herron in early July. 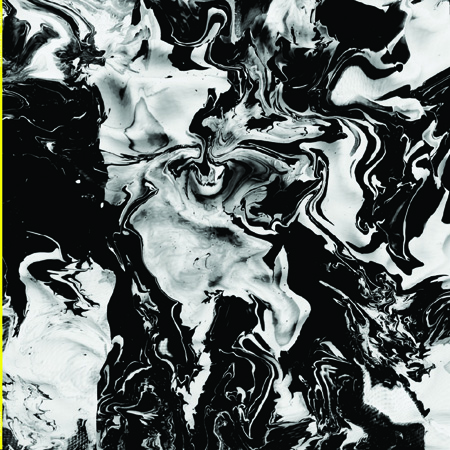