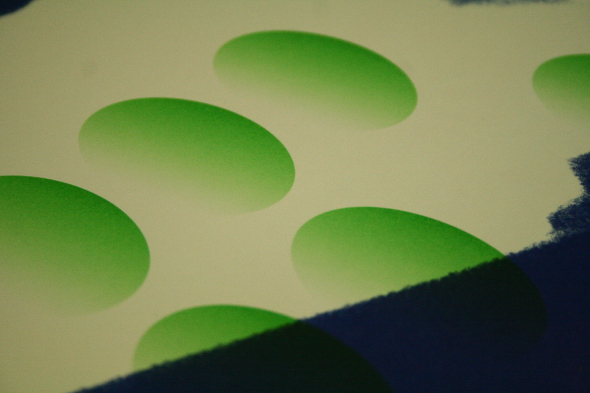 Sometime around 2011, Christelle Gualdi discovered the delights of the dancefloor. Up until that point, her career under the Stellar OM Source alias had been a tale of self-released oddness, experimental electronic jazz, fluorescent ambience and analogue-heavy drone. What pushed her towards the pounding, distorted rhythms of techno and ragged electronics of acid house is unclear, but she embraced it in a big way. After releasing the throbbing Image Over Image 12” via Rush Hour No ‘Label’, she duly signed to New York’s admirable RVNG Intl. and delivered her most accessible set to date, the acid and intelligent techno powered Joy One Mile. Typically raw – you’d expect nothing else from someone who has long been an advocate of outboard hardware – the album flitted between moments of intoxicating intensity, scattergun dancefloor dynamics and joyously colourful fusions of bright synthesizer melodies and snappy machine percussion. 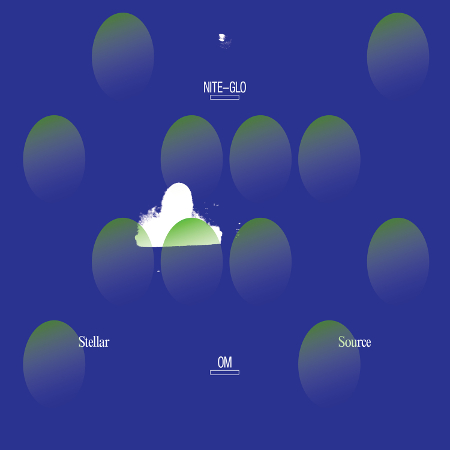 Some two years on, Gualdi returns to RVNG, armed with more forthright fare to soundtrack sweaty basement parties, dusty warehouse raves and illicit outdoor events. This time, though, she’s left the more vibrant and kaleidoscopic elements so familiar from her previous work at home. In short, Nite Glo bangs. Hard. That’s not to say there aren’t melodic elements, or that it’s just an exercise in the power of 303 abuse and drum programming. Closer “Sure” ambles along on a wave of topsy-turvy acid lines and skittish percussion, before Gualdi introduces a range of melodic elements; an alien synth line here, a glassy-eyed chord sequence there, even the odd rush-inducing stab. “Live”, too, is smothered in stabs, but these are of the “punch to the guts” variety.

One of the EP’s over-riding themes to these ears is British electronic music of the early 1990s, and particularly the razor-sharp riffs of rave and twisted electronics of “intelligent dance music”. These traits come to the fore on “Live”, and catch the ear more than the fluid synth lines that flit across the sound sphere, in between the clattering hits and robust rhythms.

“Never”, arguably the EP’s most breathless moment, indulges this passion further, and boasts the kind of hypnotic and intoxicatingly psychedelic acid lines that recall hazy trips to all-night Megadog raves. To these ears, the track recalls some of the more intense moments on Orbital’s majestic Brown Album, while also doffing a cap to bleep, another British style of the turn of the ‘90s. These LFO style elements only feature in the closing stages, but they’re clearly audible, adding another layer of retro-futurist gloss to proceedings.

Sometimes, though, you just want a straightforward, stripped-back club-rocker. Happily, Gualdi provides that in the shape of “Sudden”. A no nonsense acid attack – think hectic hits, enraged drum machine abuse and surging 303 lines– it feels like a less distorted Hieroglyphic Being record. Whereas Jamal Moss is content to pummel listeners into submission, Gualdi takes a subtler approach, whipping dancefloors into a frenzy of flailing arms and legs via bubbling basslines, fizzing synths and twisted vocal stabs. It’s these melodic elements – however sparse – that make the track. Sure, it’s hard as nails, but like the rest of Nite Glo it will also put a smile on your face.