Domenique Dumont next for Antinote

The unknown Latvian duo will release six tracks of breezy synth pop on the Parisian label at the end of June.

As well as the dance-baiting thump of the Iueke and Geena material, wildcard French label Antinote has proved to be equally as enchanted by leftfield pop excursions. The Syracuse releases in particular showed just how romantic the curatorial tastes of Zaltan and co. could reach, with marvelous results, while the recent Paki & Visnadi reissue dealt in equally tender, undulating electronic tones. They’re also dab hands at digging out music from a life of obscurity, although this has tended to arise from flea market finds from the distant past rather than anything more recent.

The latest Antinote release marks a slight diversion as it welcomes Domenique Dumont to the fold with a six-track EP of charmingly odd vignettes that sound unlike anything else that has come out on the label, while simultaneously fitting right in. A man and a woman hailing from Latvian capital Riga have created the music, and other than that there is only the music to go on. With delicate, fluttering melodic lines and gentle Minipops beats run through a dub aesthetic filter and imbued with positivity, it’s certainly comforting listening for more clement times.

You can savour the soothing sounds of Comme Ça for yourself in full via SoundCloud below, provided courtesy of French platform Les InrocKs.

Antinote will release Comme Ça by Domenique Dumont on June 22. 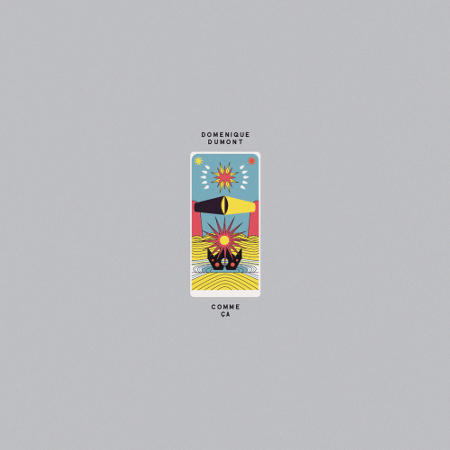