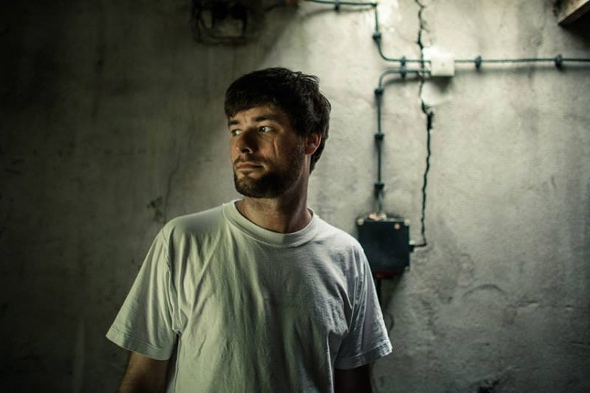 The Dresden artist plucks four tracks from his live sets to make up the label’s 28th release.

With his “Wave Memory” production Alexander Dorn has been part of the Uncanny Valley story since the second various artists 12” the label put out in 2010, and as Credit 00, Dorn has served up a considered and worthwhile selection of singles and one-off tracks since that first appearance. By and large they’ve found their way to the Dresden label and more recently Dutch imprint Bitter Moon, however Dorn’s own Rat Life Records has steered the German toward a wilder strain of electronic music compared to its parent label UV, which helped establish the name Credit 00 as an entity in its own right.

The fact that Dorn had a hand in getting the excellent Every Mauser & Browning 12” by The Pagan Rites out recently is noteworthy in itself for its foray into band-focused wave business, but that doesn’t mean he’s done with the dance. Just look to last year’s Juno Plus podcast from the man for further proof. In his first appearance on Uncanny Valley since 2013’s Ice Cream, Dorn has whipped up the quite accurately titled Party Beats 12”. The label reports the EP’s tracks were originally intended to be exclusive to the Credit 00 live set, but were deemed too good to be committed to the patchy memory of nightclub clientele and festival patrons.

They certainly represent a consistently energetic attitude even if the tracks touch on different shades of club music, which suggests we might well hear these productions out and about over the coming months. The record isn’t scheduled for a full-scale release until later this month but until then you can preview all four tracks on the player below or visit Uncanny Valley’s Bandcamp.

Uncanny Valley will release Party Beats by Credit 00 on June 19.