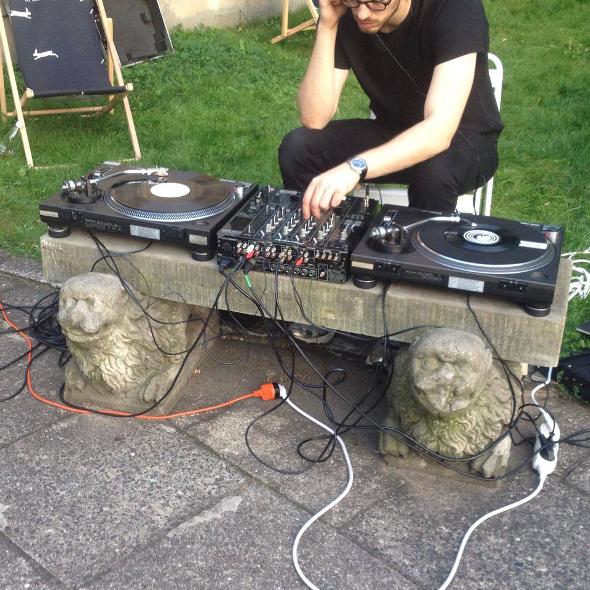 We speak to the Polish artist about his forthcoming record for Where To Now? and the flourishing music scene in Warsaw.

In the gentle to and fro between vinyl and tape output this year, Where To Now? has gone from issuing the conceptually driven razor-sharp compositions of Eugene ‘Tuff Sherm’ Ward on the Paint En Pointe LP to a typically diverse array of spooled material from US trio Beat Detectives, Dublin newcomer Baba, and Washington DC’s GDL. Next up for the Brighton by way of London label is Whips, a six-track 12″ from Warsaw artist Lutto Lento (real name Lubomir Grzelak) whose tape mangling escapades were previously highlighted on the debut release from Charles Drakeford’s From The Depths label.

Whereas FTD001 drew from material Lento had previously issued over a series of tapes, the forthcoming Whips 12″ is for the most part made up of more recent productions. The record is due out next month, and Where To Now? have kindly granted us the first public listen of title track which is likened to “an ecstasy-induced autobahn fever dream” and can be heard below. In order to shine a bit more light on Grzelak’s methods and plans for the future, we sent a batch of questions in the direction of Warsaw and you can read his answers after the SoundCloud embed.

Hi Lubomir, your 12” for From the Depths shone the light on some of your previous tape-only endeavours. How did it feel to see them reach a wider audience?

I was more than happy to witness the re-contextualisation of these tracks and transferring them from home cassette players to club turntables. This was a very fresh space for these lo-fi, often one-take recorded bedroom experiments. Thanks to the great Charles Drakeford, who is a really open-minded music curator, not afraid of making the dancefloor awkward.

The upcoming Whips 12” for Where To Now? Consists of all new productions, correct? Did your methods and process of producing music changed at all for these six tracks and was there any specific motivation behind them?

Whips consists of two tracks I made last Summer, “Marabut” and “Amarena”, one track which was recorded even earlier as I self-released a slightly different version of “Vengo” on the Prima Porta cassette. The title track, which I made in two weeks between 2014 and 2015, was worked on mainly during NYE, just like the intro and outro for this EP. I don’t have a permanent studio setup as I move and buy and sell stuff quite often.

These tracks show the time in my life when I was fascinated by cassette saturation and compressing methods. I was experimenting with cutting, stretching, scraping off the tape and looking for weird results. I’m trying to bring various methods and strategies of experimental music into more club situations. I still prefer to work with raw samples, found cassettes and cheap, cheesy drum machines than stepping into the swamp of modular synths.

When we spoke to Drakeford last year about that FTD release, he suggested you work at a pretty prolific rate. How much time do you spend at your studio working on music?

All I do for a living is make music; I’m a theatre music composer, I also make music for ads and other stuff. Because of this I can just focus on sounds in my everyday life, but still the most creative time to start a draft of a new track is when I’m in transit, on a train, on a bus, at the airport or when I visit my mum. Afterwards I go back to the studio and expand these ideas.

You are also involved in Polo House, a new compilation from local Warsaw label Transatlantyk which uncovers the “bowels of the Polish house underground”. How did that come about?

I am really excited about that compilation. Zambon, who lives and works in Berlin, does his best to promote Polish music. He also runs The Very Polish Cut-Outs but he decided to focus on Transatlantyk now, his rising, new label. This time it’s a compilation of different approaches to house music, which hopefully will be as interesting to other people as it was for me when I first checked it out. As far as I know it won’t only be a DJ friendly record label. Transatlantyk’s aim is to gather interesting music from Poland and explore its fascinating diversity.

As that compilation suggests, there seems to be some interesting things happening in Warsaw at the moment. Can you add some context for our readers on the current scene in Warsaw?

For a few years now, talking about the Polish scene is in fact an equivalent to talking about the scene in Warsaw. Right now Warsaw is the place where the audio, as well as visual artists, are based. I really love the recent bloom of young experimental bedroom labels putting out tons of music recorded and released without any pressure or tension. We’re also lucky to have excellent, more experienced labels like Bocian, Mik.Musik or Monotype, to name just a few. We’re all friends and it gives us a lot of good energy to work on music.

Beyond the Whips 12” what else do you have planned for the coming months?

There should be two other EPs out after summer. The first one, Mondo Hehe will be released on Transatlantyk; rather cheery, anthropological music. The other one, containing more raw material is going to be released on a Slovakian label Proto Sites. I’m currently working on a lot of new sounds as well as looking forward to releasing a brilliant 12″ by Heroiny on my Dunno Recordings label and putting out some new tapes on Sangoplasmo.

Where To Now? wll release Whips by Lutto Lento on June 22 – pre-orders from the label are available here. 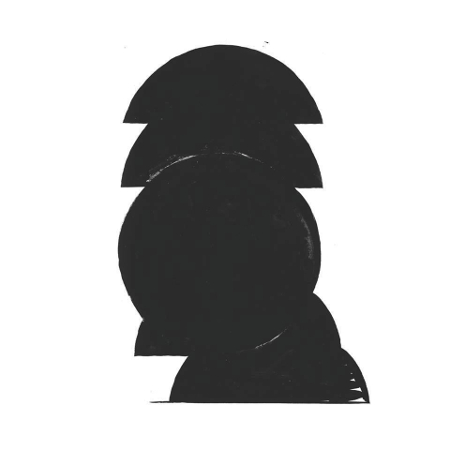