With the wealth of pitch-black techno out there how do you decipher the difference from what’s good and what’s not? A start is to cast your mind back to the originators of the Euro-centric sound which stems from artists like Lory D, Leo Anibaldi and Donato Dozzy (and Canada’s Teste), and if you want further source material on the matter read Todd L. Burns’ great feature, Italians Do It Darker. The aforementioned created a wake for contemporary operations like Prologue and Northern Electronics to develop their own prospering slant on lowly, bassline and loop-centric techno, however, with legions of aspiring artists and labels chasing this sonic, more than most miss the mark when it comes to adding true originality and soul to a decidedly niche sub-genre. 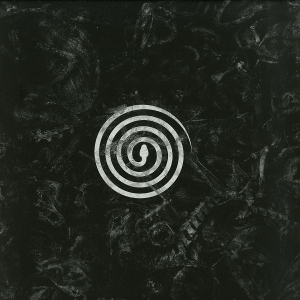 Hypnus Records, however, isn’t proving to be such a wonted operation, and their often faceless brand of moody techno is providing a new platform for this form of music to be heard. The label only launched last year and the Swedish outpost is already nearing its 15th release, and artists like Luigi Tozzy and Northern Electronics’ Korridor are worth keeping an eye on (don’t sleep on Korridor’s remix to Abdulla Rashim & Axel Hallqvist’s “Skog” either). Following the label’s inception last year, Hypnus also set up its own sub-label, Kabalion, and Shaded Explorer’s Resonance From The Abyss is a cavernous journey into a nether region of sound.

But back to Hypnus, though, who debut new producer Skymn. As far as techno-four tracks go this year, this Doctrine EP is strong as the flinty sounds you’ll hear on “Bonfire”. It’s a track with a low-end swell that throbs like a recent Steve Bicknell production, while organic, scratching percussion fall across the productions top end like loose rocks falling down a well. Lead cut “Doctrine” blends the right amount of dark, Amazonian atmospheres with light industrial textures, and they’re held together by a flickering shaker and monotonous off-beat hi-hat that is perfectly hypnotic. Atmospheres rise and fall to adding to the tension of the production before a subtle filter cuts away lower frequencies from the mix, allowing tribal toms drums to rhythmically open up. Wonderfully executed techno.

The flipside provides an enchanted “Okuyi” which features similar flickering hisses to “Doctrine” only this time lifelike soundscapes are replaced by subtle sonar bleeps and metallic echoes. It’s the deepest cut on this 12” and its glacial elements give the track a feeling of being isolated in a barren back country. Korridor’s Interpretation injects life into the lonely production through woozy, Chicago house inspired chords, and the artist’s use of drum machines and sequencing comes from the kind we’ve all heard before but Korridor’s production nous makes it sound all the more naturalistic. With three solid solo productions on offer, it looks like it’s time to add Skymn to that list of ones to watch.

A1. Doctrine
A2. Bonfire
B1. Okuyi
B2. Okuyi (Interpreted by Korridor)