BAT and Ovis Aurum are BOA 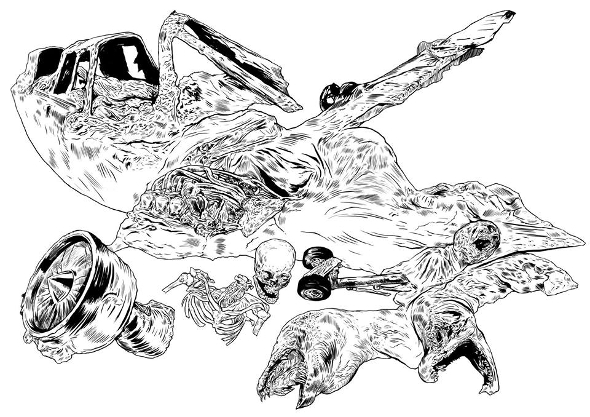 Watch the video for “Roman Gold” from the duo’s debut 12″ for the Seagrave label.

When we spoke to Kevin Palmer about his influences around the release of his recent collaborative LP with BNJMN, he explained that dub was, “probably my first sonic love really.” In his solo work as Best Available Technology (often shortened to BAT) that passion often comes through as a distant reflection in a murky machine world that has so far manifested on Opal Tapes, Astro:Dynamics, Left Blank and Further. Gary Geiler meanwhile seems like a newcomer on the block, popping up on Seagrave in 2014 with just one standalone single and a split cassette with Palmer, operating under the alias Ovis Aurum. Palmer however is keen to point out that he and Geiler, “did sonics together 20 years ago. He is responsible for turning me onto the idea that I could do music.”

Although the two artists have a long-standing collaborative background as BOA, the Warp Purpose Vol. 1 12” on Seagrave is the first time their joint efforts have been released. The track “Roman Gold” in particular finds Palmer airing his dubwise tendencies more explicitly than usual, while Geiler’s techno leanings bring a driving rhythmic emphasis to all four tracks. To accompany the release, Palmer took the time to create this appropriately abstract video for “Roman Gold”, which you can get a first look at below. Warp Purpose Vol. 1 can be ordered from the Seagrave Bandcamp page.