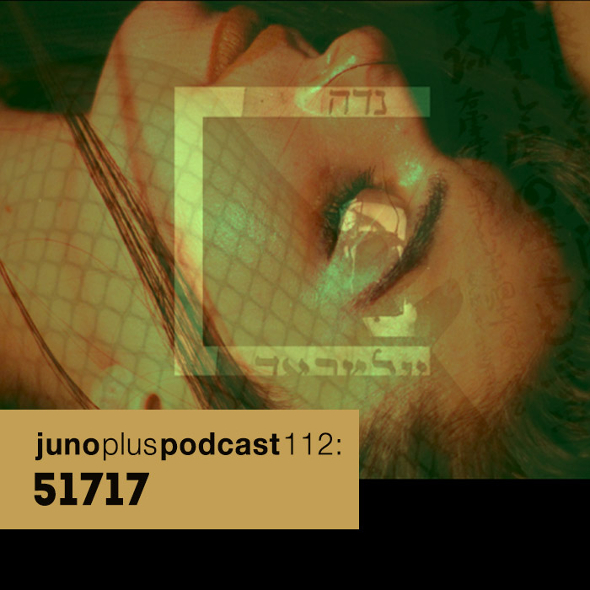 Take a peek into the New York underground in this hour long selection from Lili ‘51717’ Schulder.

We have Opal Tapes to thank for introducing us to the talents of Brooklyn dwelller Lili Schulder’s with 2012’s Ovul cassette, an all too humid and abstract journey through electronics that still ranks as one our favourite releases on the label. By her own admission, Schulder’s music as 51717 is very moody, lunar and abstract, but it’s been interesting to see how she’s adapted this approach when working on other projects. Chief among them is Shadowlust, Schulder’s hookup with Svengalisghost which resulted in Trust In Pain, a simmering album of industrial electronics for L.I.E.S. that remains quite a underrated entry in the label’s discography which felt in places like a contemporary take on the prized CH BB tapes.

Since then Schulder’s popped up in a few interesting places, collaborating with Flo Kupfer for a one-off UE LI release on L.I.E.S. offshoot Russian Torrent Versions, while more recently sharing sides with the Silent Servant on the latest Jealous God issue. Schulder’s contributions to the latter honed in on a similar sound to her Opal Tapes release, with her anguished tones looking to escape the suffocating soundscapes building up around them. Online evidence points to her music being all the more powerful when performed live, but it turns out 51717 is also quite handy at mixing other peoples music too.

Intrigued by her music to date, we put out the request for a 51717 mix without any real expectations of what she might submit. The resultant hour-long mix from Schulder seems quite representative of the 51717 sound and features a hefty amount of unreleased material from her contemporaries and friends. Sadly Schulder’s work schedule meant it wasn’t possible to indulge in the usual round of questions and answers that accompany our podcast mixes, though she does promise further 51717 material will surface soon and plans are afoot for more Shadowlust studio sessions with Svengalisghost.