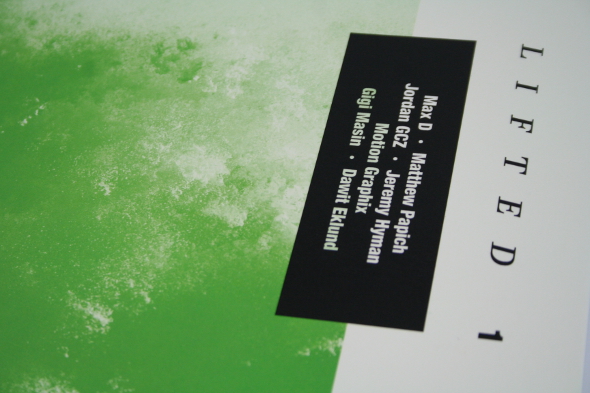 Is 2015 PAN’s marmite year? First the reissue of a rare trip hop/illbient tape, now a contemporary acid jazz record. The label has a gift for disobeying rules and expectations, and for celebrating the avant-garde in distinctive ways, but illbient and acid jazz are much maligned genres. Both were more or less abandoned to their specific moments in time. Lifted has grown out of a productive conversation with Max D and Co La, but this album also feels a modern take on the idea of an ensemble. The two spearheading a campaign of collaboration and improvisatory meshing that often found a musician recording their part individually and forwarding it to be mixed in or written around. Performers credited include Jordan GCZ of Juju and Jordash, Dawit Eklund from burgeoning Washington DC label 1432 R, Jeremy Hyman of the band Ponytails, Motion Graphics (I don’t know), and the current apple of everybody’s eye, Gigi Masin. 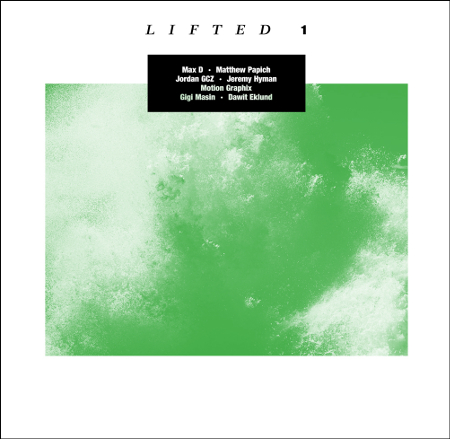 With such a roll-call of artists and a variety of interests and styles, the frequent deviations and genre-hopping of Lifted’s first LP comes into perspective a little more. Mutating from house to jazz to ambient or new age to classical quickly, or incorporating several of those elements at once. What’s surprising is how deftly and elegantly this happens, tracks rejecting the grid but remaining conscious and ‘easy’; complexity and a multi-voiced narrative translating into something other than the kind of heavy brown soup that such a fusion of influences could always become. Individuals are recognisable for their influence and musical identity – you’ll know when you hit a track with Masin involved for instance, though perhaps in this case it’s because everybody falls into the background with hushed respect like on Gaussian Curve – but tracks remain fluid and penetrable.

This might not be so obvious on opening tracks “3D” and “Intoo,” which both begin as decidedly offbeat and energetic percussion-heavy work-outs, but these act more like an introductory flourish than something to immediately become bogged down by. The last two minutes of “Intoo” unfurl into gorgeous, radiating new age synthesis. There’s a pleasingly digital affect to much of the production. Tender piano keys on “Lift” coming off like a Japanese RPG videogame symphony with their tinny home-keyboard presence, or strange squalls and chirrups (present throughout, but particularly noticeable on “Total Care Zero” or as weird upward mirrored spirals on “Intoo”) that are half birdsong, half Max-MSP patch.

The B-side is more noticeably downtempo, jazz drums happy to scatter-walk alongside a soft display of synths rather than hem them in on “Bell Slide”. The use of such skittering, evasive drums seems weirdly out-of-the-ordinary somehow, a rare delight, until revisiting other recent records in my collection I notice how often music from this background will set out a beautiful ambience and then ram it with a kick-drum a minute or so in. The Gigi Masin set-piece is delightful, naturally. Max & Co La arrange a variety of sonic effects and gentle clanks around his simple, evocative piano chords, and it’s here that the idea of Lifted as a decentralised, ‘collaborative’ effort takes hold again. “Silver” is undoubtedly the Gigi show, but how does it resolve as part of the record as whole? Max D & Co La are the figureheads and figurative puppet-masters, but how much of the result is really dictating by the submissions of their rotating cast? The surprise arrival of the record a couple of weeks ago means there’s little in the way of peripheral knowledge surrounding the project currently, so I hope that the artists open up about the process a little more somewhere soon.

Stylistically the record could come off as needlessly retroactive, showing a kind of vaporous love for deprecated effects that runs parallel to the ‘analogue house jams’ trend responsible for driving up the prices of Roland Jupiter 8s or the ongoing visual obsession with Windows 95. It’s hard to bracket Lifted in the same way though; it seems more innocently celebratory and contemporary in its ambition. It might ultimately hinge on recent listening habits as to how it affects; a poll of friends who’d listened to the album revealed half thought it was a waste of time, a bunch of signifiers to genres they weren’t sold on. The other half were completely obsessed by the thing, listening to the album over and over again.

Personally, I’m with the second group. Usually with these kinds of albums the advice given is to ‘stick with it ’til you get it’, but instead stick with it past those first two rushing tracks and see how it opens and out and deepens, and whether you get that good gut feeling for it. It’s really great in the sunshine.