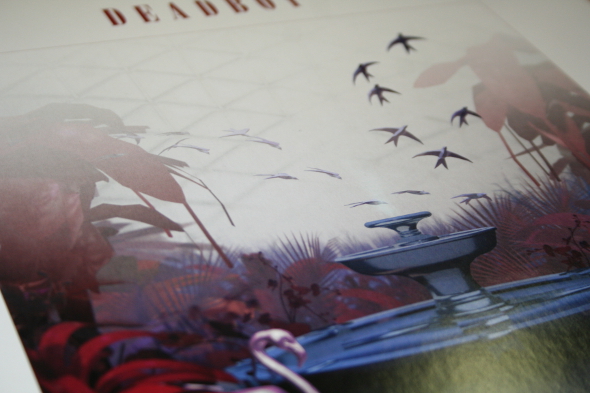 The ‘healing qualities’ of New Age Music were central to the movement when it first emerged in the late ‘60s; gentle sound surfaces and heavenly melodies were, and still are, supposed to enable a journey into the inner self. This new Deadboy EP, White Magick, sounds a lot like this celestial music, bringing together New Age and ambient influences with grime to further advance current developments in the contemporary evolution of the genre. 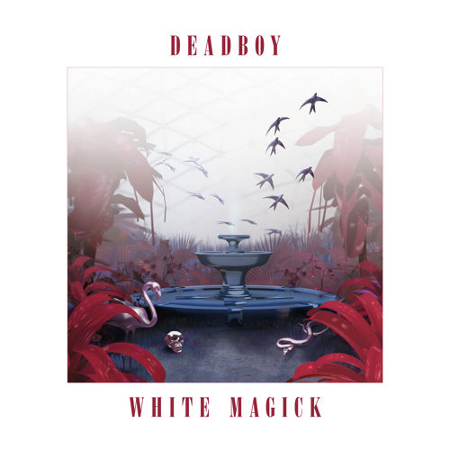 The new generation of grime artists to appear these past few years have made strides to broaden its musical parameters. Mumdance, Logos, Mr. Mitch, Rabit and Inkke brought rhythm, structures and sounds of Eskibeat and grime together with techno, noise, and a great amount of ambient and new age. A decelerated version of the originally furious genre arose, based on a clear and sometimes catchy melody and open soundscapes, which is often described as “weightless” music. Last year Tom Lea’s label, Local Action, released a model-example of this sound and one of the highlights of the year with Yamaneko‘s album Pixel Wave Embrace. White Magick, also released by Local Action, sees Deadboy pick up on this development.

The opener “White Moon Garden” spreads an optimistic mood with warm, steel-drum-like sounds and chatter of birds in the background. Flickering hi-hats, a Dancehall-style snare, and changing percussive elements like cowbells and claps alongside a wobbly bassline bring a flowing movement to the track without needing a heavy beat. This continues for almost the entire EP. It feels like nobody should be forced to move, yet at the same time it evokes a high dynamic. The smooth, catchy melodies and ghostly vocal samples of “Rye Angel” cause a mysterious, magical, and melancholic mood. Only later, does a bassline and an eruptive, yet prudent, kick drum appear.

The minimalistic use of drums is also featured in “Sad Sniper”. The beat is impulsive rather than leading. With bells, flute melodies, as well as its introverted character, the track is a first-class example for a minimalist, yet sonorous, design of weightless Grime. “Copwar” also comes out with that, though it develops high energy with fast arpeggios, aggressive claps, and bass, which makes it a monstrous Grime-tool. Only with “Inner Palace” do memories of Deadboy‘s earlier work like “U Cheated” and “If U Want Me” briefly flash through the mind as he combines his new-found inspirations from New Age and a pitched vocal sample with a UK Funky beat.

The music on White Magick affects the need for a profound silence and perhaps for a recovery from aggression and a desire for peace after the latest Grime war. This EP shouldn’t be seen as an attempt from Deadboy to try and tame Grime though; tracks like “Sad Sniper” and “Copwar” contain the same instrumentation but add a more aggressive, energetic vibe. The music interacts with the body thanks to the sheer physical experience of the bass and rhythms, whilst the mood-setting melodies and surface sounds affect the mind too. And it might just bring a bit of a healing.