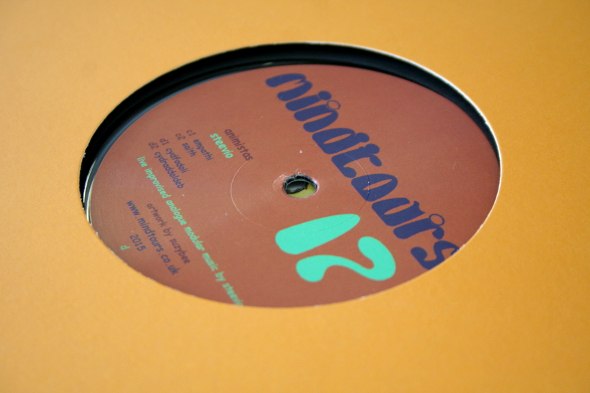 With three volumes of his Modular Techno series under his belt, it might just be that Wales-based artist Steevio has settled into a comfortable groove with his chosen path into modular synthesis. A notable ramp up in live sets would lend credence to this idea, with gigs in Paris, Berlin and London among the shows filling out the space between his annual appearances at Freerotation. As a working method that hinges on live improvisation whether in a club or a studio, a more active schedule feeds back into releasable material, a reciprocal cycle that has eventually arrived at the long player Animistas. 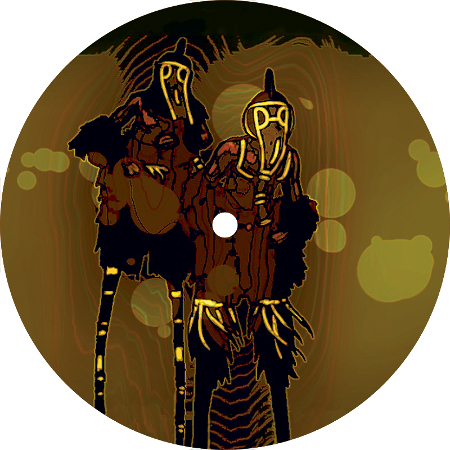 It’s Steevio’s first double pack since 2004’s Rogue Patterns, which found the producer immersed in minimal techno and 2-step rhythms. It’s interesting to chart the difference between then and now, and as the album unfurls with “Codi”, “Ailgylchu” and “Cynnal”, a consistent mellow tone lingers that calls to mind the earlier Steevio output. The rhythms still skip and hop, delicate fragments of percussion teetering on the edge of a spacious mix that emphasises what isn’t played as much as what is. The fuzzy hum of fluid chord lines still colour the soundscape with an organic lilt, and the overall feeling is definitely still minimal in nature.

When “Caru” starts up on the B2 of Animistas, it spells out where times have changed with its snappy bassline bounce and impulsive flurries of percussion. There was always a sense of live jamming about Steevio’s work but here it comes to the forefront, moving with a cheeky sense of energy that can whip elements in and out of the mix with such dexterity it’s a wonder the track wasn’t programmed.

“Empathi” however is where the album feels like it starts to reach the full potential of the modular approach, marked out by the impeccable development of the track as varying synth lines interplay with each other. The swooping pad that comes in for the latter half of the track brings with it a tangible emotional rush, heightened by the unpredictable nature of when it might do another pass.

By way of contrast, “Saith” represents the tougher edge of Steevio’s sound, feeling further removed from the Rogue Patterns days not least thanks to the insistent thump of a 4/4 kick drum as it heads into more stern techno territory. “Cydfodoli” too brings with it a different quality mostly marked out by the off-key tension of the synths, exuding eeriness where normally the melodic content is warm and soothing. The diversion is a worthwhile one, and it gives the impression that Steevio is operating at a level where he feels confident to push his music in different emotional directions having laid his foundations within his particular hardware configuration.

Animistas has a carefully managed sense of progression about it, swelling as it does from a deep and hypnotic murmur up to a more immediate, boldly defined kind of techno without ever losing that unifying sound palette that has been Steevio’s calling card for years now. While some artists may reinvent themselves in myriad ways, others find an identity and explore it continuously. That’s no bad thing, not least when there’s no-one else out there that sounds quite like you.