Rrose – Having Never Written a Note For Percussion 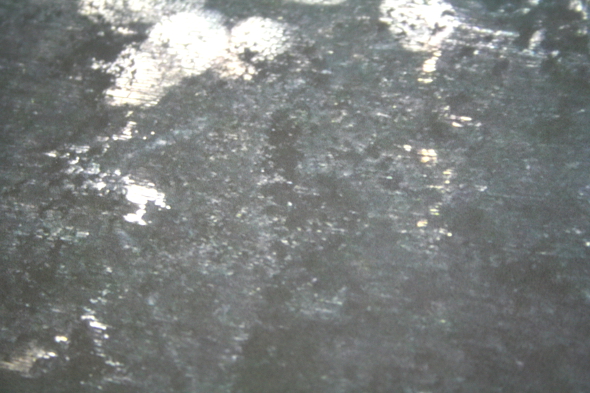 Rrose was one of the few artists to release on Sandwell District, but her latest album requires a leap of faith that will challenge even her most ardent fan. Issued on the wonderfully free-minded Further Records, Having Never Written a Note For Percussion sees the Eaux founder reinterpret a composition of the same name by 1970s minimalist James Tenney.

Recorded at Dupont Underground –  apparently a disused trolley tunnel – the ‘live’ version clocks in at 30 minutes and involves Rrose bashing gongs –  although they sound like metal doors slamming – and wave upon wave of ambient textures swelling up and then tapering off. All the time there’s a hum in the background and the arrangement is made all the more unsettling by dint of the fact that there appears to be footsteps in the background or worse still, some kind of presence that may or may not be Rrose herself.

So what happens when she retreats into the confines of her studio? This interpretation is nearly as long but more controlled and contained, like Rrose has exorcised that person or thing that appeared sporadically during the live version. The metallic slams and crashes are also absent on this take, but that doesn’t mean its inconsequential. Gently building up reverberations coalesce with static hum to provide a backdrop for a mounting wave of sound that could be Rrose’s gong slowed down to a death pace or indeed a crashing cymbal given the same treatment.

Irrespective of its provenance, this mass of sound is all-encompassing and overwhelming, like the pressure a diver’s eardrums experience when they venture too deep into the grey ocean. It may not have the same sense of otherworldliness as the take recorded live, but this studio version still shows that Rrose has an intuitive understanding of the power of experimental sound design. Further Records deserve praise for facilitating this singular, unusual project.