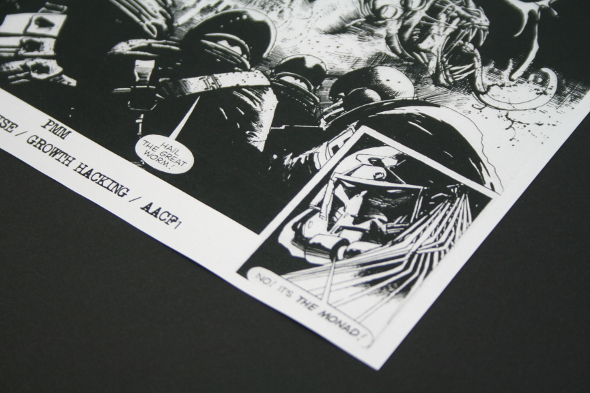 Berceuse Heroique is one of the few contemporary electronic music labels that fully understands what it means to be an underground operation. From the abrasive sound that it propagates to its guerilla tactics – unexpectedly and with little notice putting out rare Loefah material, using controversial, situationist artwork – Berceuse cuts an individualistic shape in a world of blokey sameness. The fact that the music they release is flawed and imperfect, gives off the sense the producers involved are just getting to grips with their machines, makes it all the more attractive. 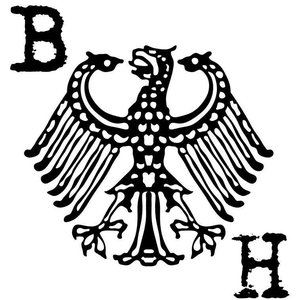 Eugene Ward, who works as Tuff Sherm and Dro Carey, and who released the excellent Smugglers Bureau on the label last year, is a good example of Berceuse’s A&Ring. This is his first full release under the PMM name, having contributed to a number of low key split releases and tapes. While it marks a significant toughening up of his sound, it doesn’t sacrifice any of the spontaneity and quirkiness that characterises his productions.

Drawing on the gut-wrenching rush of early ’90s techno releases by UR in rave mode, Landstrumm and the Sativa label, Ward delivers three hard-hitting, grainy tracks. The most direct and invariably the most popular will be the title track, with its unrelentingly distorted kick drums and savagely visceral acid line that flows through the arrangement like a damaged oil tanker spewing its cargo into a pretty cove.

“ACCF1” isn’t as full-on and the pummeling bass tones are softened by static hisses and pops and atmospheric textures, but neither it or the title track can compare to “Growth Hacking”. Less pacey than “Promise”, its boxy rhythm and percussive volleys provide a backdrop for Ward to add layer upon layer  of sludgy bass, each one infected with frequency shifting tones. Most importantly though, it rattles and sways with a sense that anything can happen.