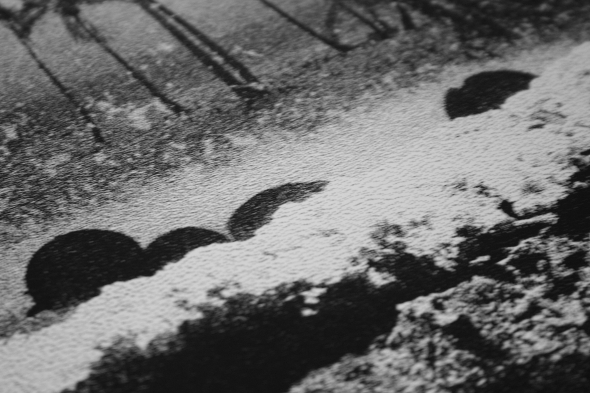 There were so many great records this week we didn’t know where to start, or finish, and the ten we selected below only scratch the surface of what came through Juno these fast seven days. Expect music from Eugene Ward, Drew Lustman, Madteo and Rrose, to the new Black Deer, that Gang Of Ducks LP, Antinote oddities, Damien Dubrovnik noise, Steve Poindexter box jams and more. 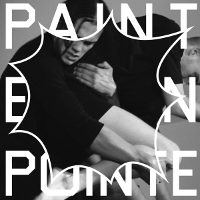 The man behind Dro Carey and Tuff Sherm aliases has finally come out from under his shell and released music using his real name, Eugene Ward. Having spoken openly about the anxiety and depression he sometimes suffers, it wouldn’t be presumptuous to assume this Paint Eh Pointe album is a deeply personal, even brave, affair. It comes via Where To Know? an intriguing cassette-based label that’s branching out into the field of vinyl and in its four year history it’s released beguiling music from the likes of WANDA GROUP, Beatrice Dillon, Perfume Advert and Godspeed You! Black Emperor associate Roger Tellier-Craig. This album by Ward, however, is arguably the label’s most involved, and it’s an emotive, drum laden voyage through industrial soundscapes, hollowed tribal drums and rhythmic field recordings with soul.
Listen/buy vinyl 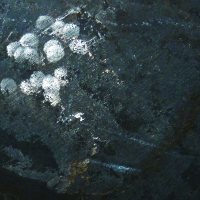 One of the best ‘ambient’ albums committed to vinyl this year was Raica’s incredible Dose, and to follow up, Chloe Harris (aka Raica) has called upon one of today’s most revered experimental techno musicians in Rrose to supply her Further Records with a hugely conceptual release. In 1971 James Tenny, an American composer-come-theorist whose musical ideologies and practices can be linked with classical music’s avant garde, wrote “Having Never Written A Note For Percussion”, a gruelling piece of percussion deeply based around sonic perception. Rrose delivers two reinterpretations of Tenny’s work, and the first, a studio version, is a world of humming, naturalistic sound that makes for an introspective listen, while the B-side provides a live recording of the piece recorded in a tunnel beneath Washington DC.
Listen/buy vinyl

XIII – No (The Relative Effect of Explication) (Gang Of Ducks) 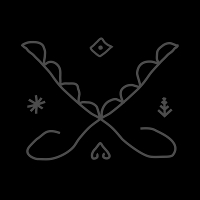 We’ve had a close eye on Gang Of Ducks for a few years now at Juno Plus and of all the quality material they’ve released, this album is up there as our favourite. We acquired a full stream of XIII’s debut earlier in the week, a nine-track LP that takes in collaborations GOD members Traag, Vaghe Stelle and Sabla – however XIII’s identity is still unknown, just the way we like it. The album is a stormy affair, and while the tones are stark and atmospheres bleak, No (The Relative Effect of Explication) is an inherently warm album, and it’s a superb combination of dubbed-out techno, industrial undertones, and deep swells of crackly melancholia.
Listen/buy vinyl 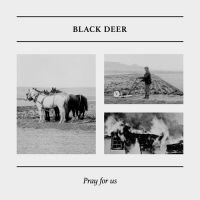 With William Burnett, aka Willie Burns, putting out a staggering amount of quality records for labels like Crème, The Trilogy Tapes, Hot Haus and Unknown To The Unknown, to Torn Hawk’s Valcrond Video, keeping up with the American’s music is no easy thing. It’s his Black Deer material, however, that’s most provoking, and each release delivers something special. This Pray For Us EP, released through No ‘Label’, is Burnett’s third appearance of the Rush Hour subsidiary overall and tracks like “Leaving The Station” and “Frost To Mist” wallow in reverb, trickle in percussion and slam in beats, while “Second Time Around” is a blustery session of modular music. It’s the hand clapping of the title-track, though, that we’re pitching as one of the best movements of music you will hear in 2015.
Listen/buy vinyl 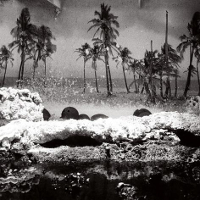 This Madteo record for Latency is the third glacial release to surface from the French label since they supplied Juno Plus with our 86th podcast last year. Prior to this the label put out the debut album by Mura Oka and rare piece of music by Workshop’s Evan Tuell, and now comes Madteo’s Latency debut which doubles as his first solo-release since 2013. It’s a lowly session of hiss and shuffles with distorted strings and keys made to sound as lonely and as a Johnny Cash ballad. Our pick is the walking groove and strange atmospherics of “Hoodshedding”, while “Discomfort Zone” is a like a subtle, twilight zone version of a production by DJ Spider’s Spider Bites project. This is different music, and it’s all the better for it.
Listen/buy vinyl 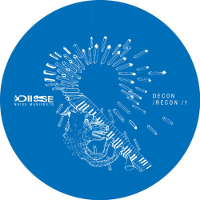 Paula Temple’s defiantly adventurous Noise Manifesto label formed in 2012 and has since flitted on the fringes of standard record label operation, from occasional free downloads to event showcases. Now the project seems to be acquiring a tangible focus with this deadly release, and the concept revolves around a communal pool of samples that four artists feed into, with each then forming a track out of the collective parts. The cast of characters is impressive, from Temple herself as Jaguar Woman, Planningtorock as Aquarian Jugs, through to Oni Ayhun and rRoxymore; and the results are wildly varied. There are no specific track credits for the artists involved, but the tracks veer from sax-rich house sass through to submerged, snaking techno with dub influences. It’s a thrilling release from start to finish, whoever was responsible for whichever part.
Listen/buy vinyl 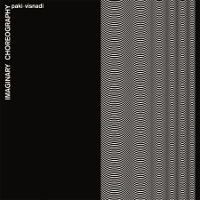 Originally intended as an accompaniment to classes in dance schools, Italian duo Paki Zennaro and Gianni Visnadi probably never imagined their early-‘80s self-released tape would end up being heard by a wider audience 21 years later. The Antinote team continue to be skilled curators of the forgotten curio, and so a chance find at a Parisian flea market led to this EP coming to light with full approval from the original artists. It’s full of the haunting compositions that set the mind racing, matching aching simplicity with a staggering sophistication in a surreal fashion which makes you wonder just what a dance school in 1984 would have made of the cosmic sounds contained within. In truth, it feels less like dance music and more like lie-down music of the highest calibre.
Listen/buy vinyl 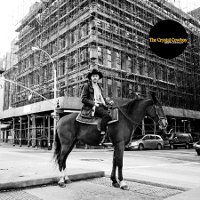 Best known for his bright and breezy productions as Falty DL, Drew Lustman has been getting ever more prolific as time passes, with recent lengthy EPs for Ninja Tune and Swamp 81 following on from last year’s In The Wild LP. Meanwhile Shanghai Den represented a new, scarier side to the artist, and now the rules are switched up once more with the arrival of The Crystal Cowboy LP on Planet Mu. It’s the second time Lustman has operated under his own name after the A Thorough Study 12” on 2000Black, and the primary theme running through the album is one of psychotropic jungle that matches choppy breaks with surreal sample sources in a melee that can turn from soothing to unsettling in just a few bars. It’s a bumpy ride, but undoubtedly one of the most thrilling Lustman has driven.
Listen/buy vinyl 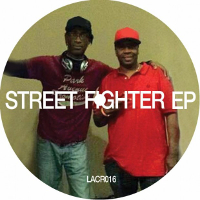 One can only imagine just how much vintage Chi-town box jams Steve Poindexter must be sitting on, but for the time being it keeps on coming. This time around Delroy Edwards is taking care of the business of releasing the music via his LA Club Resource label, and it comes as a four-tracker loaded with the kind of taut and rough wares Poindexter made his name on in the late 80s and early 90s. The sound is dusty and brittle in the best possible way, leaning towards the more psychedelic aspirations of techno on the title track, while getting into a more angsty stomp on the sizzling “Cats”. To our mind, “Blazing Saddles” takes the prize with its bubbling synths and cool-as-you-like drum lines, with Poindexter joined by Johnny Key and Trackmaster Scott to shape out a killer early Chicago jam.
Listen/buy vinyl 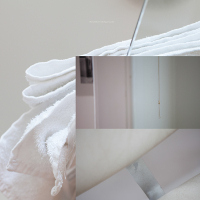 Danish noise label Posh Isolation has been very busy since starting operations in 2009, and hard-hitting duo Damien Dubrovnik have been a significant part of that story since the start. With five albums already under their belt for labels including Alter and Järtecknet, the uncompromising duo return to Posh Isolation with Vegas Fountain and their intention is purer than ever. One listen to “Interior 1: Upper Lip” will demonstrate this is a noise outfit truly living up to the mantle. Elsewhere other more melodic elements vie for attention alongside distorted vocals, but ultimately an oppressive, punky kind of industrial malaise looms large over the album even in its softer moments. The title track may attempt to instill a sense of peace, but in a sound world like this the calm is always short lived.
Listen/buy vinyl