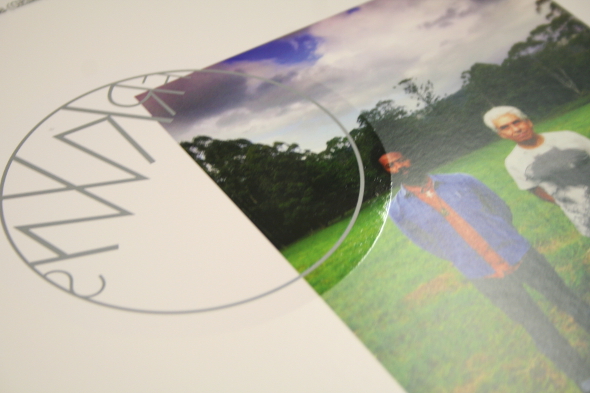 Based around the brilliantly simple idea of inter-generational musical collaboration, the FRKWYS series has thus far thrown up some memorable albums from Arp and Anthony Moore, Blues Control and Laraaji, Sun Araw and M. Geddes Gengras with The Congos, and, most recently, Steve Gunn and Mike Cooper. The genius of the series lies not in the inter-generational aspect, but rather the often absorbing and beguiling results of these imaginative collaborations. RVNG Intl boss Matt Werth has proved something of an expert at bringing artists together, with results that often combine the best of each musician’s style and repertoire into something thrillingly fresh, atmospheric and – in the case of this 12th installment of the series – magical. 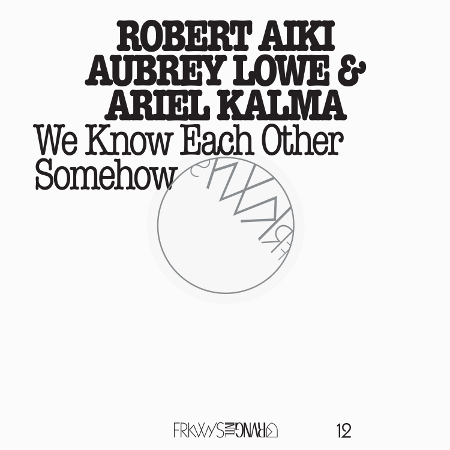 In some ways, Ariel Kalma and Robert Aiki Lowe are natural musical bedfellows. The former’s long and industrious career has seen him touch on all manner of musical styles since the 1970s, with an emphasis on modular synthesizers, free jazz, modal music and Eastern mysticism. His pioneering early work was gathered together by RVNG on last year’s An Evolutionary Music: Original Recordings 1972-79, before the New York-based label elected to offer Kalma the chance to work with Lowe for FRKWYS. The latter’s superb 2012 album, Tirmon Irnok Mantra, shared many aesthetics with Kalma’s work, most notably a fascination with the hypnotic power of modular synthesis, an obsession with working a groove to its very limits, and a keen interest in the natural world. It, too, was strangely humid and curiously exotic, as if it had come from a similar musical place to Kalma’s spine-tingling, drawn-out epics.

These shared musical ticks, influences and inspirations are referenced in the album’s title, We Know Each Other Somehow. Despite the generational gap, the two musicians got on famously, thanks to similarities not only in their approach to music making, but also a shared musical vision. Because of this, We Know Each Other Somehow does not sound like strained musical sparring, but rather the product of a deep-rooted mutual admiration and collective unity. Put simply, they sound like they’ve been working together for years.

Where the album really takes off is on the longer excursions where Lowe’s influence seems stronger. Closer “Miracle Mile” pulses attractively around undulating electronics, sampled birdsong, the becalmed clicking of crickets, almost tribal – if formidably spaced-out – rhythms, and Kalma’s evocative saxophone. Similarly impressive is the droning, hallucinatory outback musical mantra that is “Wasp Happening” – all slowly buzzing synthesizer, stormy electronics and humid intent. It feels like a musical foretelling of a storm of biblical proportions. Arguably even more mesmerizing is 17-minute opener “Magick Creek”, whose babbling brook and majestic, soft-touch synthesizer provides a beguiling backing for Kalma’s lilting saxophone; an ambient jazz masterpiece that seems to channel the sun-kissed beauty and slow-moving calmness of Kalma’s home surroundings. It neatly sums up the album’s enduring appeal, fusing the natural, organic and electronic in breathtaking ways.