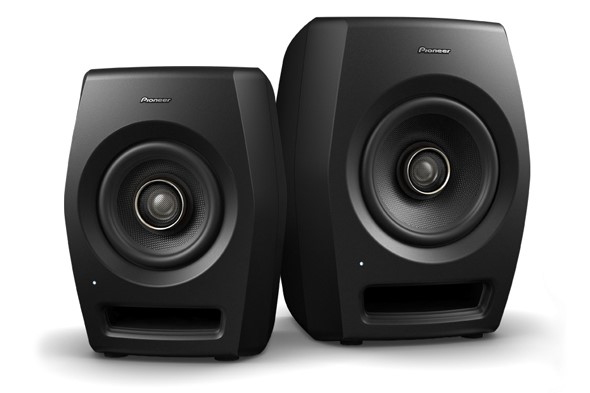 The new range of active speakers offer unique design specifications to compete in the production market.

There tend to be a limited amount of monitoring options for studio work that capture producers’s imaginations and gain popularity across the board. At one time the accidental success of the Yamaha NS-10 ensured it was the must have speaker in any self-respecting set up, while in more recent times the likes of the Genelec and KRK products have become universally approved for those seeking a true, flat response on which to gauge their creations.

Pioneer are not strangers to the studio monitor race, but the newly announced RM-05 and RM-07 models have clearly had some serious design work foisted upon them. Most notable amongst the features of these new offerings is the positioning of the tweeters and woofers on the same axis, allowing the full spectrum of sound to reach you at the same position to afford a more accurate response across the frequency range. Equally, the curiously shaped HSDOM tweeter dome encourages additional frequency response, while the die-cast aluminium cabinets are shaped to reduce diffraction and give a low resonance. With additional bells and whistles such as a three-band EQ and a clip indicator, these monitors stand a chance of edging into a good few studio set ups. For a closer look check out the video below.

The RM-05 and RM-07 by Pioneer will be available from June and both sets can be found on Juno.