Akai roll out the MIDImix 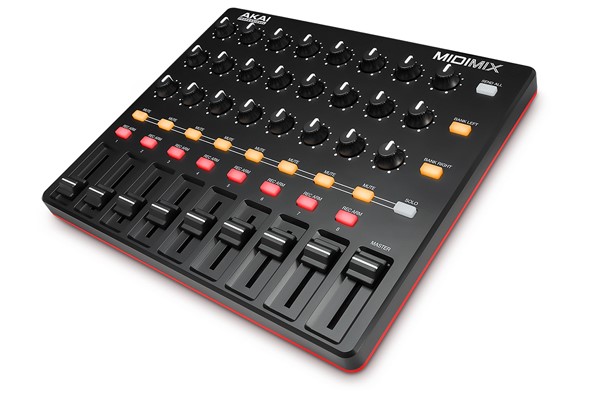 The latest controller from the Japanese electronics veterans focuses on tactile control over the mixing process.

Of all the controller manufacturers to be working closely with Ableton Live, Akai Professional have had some of the greatest successes with products such as the APC range (which of course was built on the back of the company’s considerable MPC legacy). Part of the success may have been down to being ahead of the pack in some instances, and now a much fiercer market populated with Novation’s Launchpad, Ableton’s own Push and the scores of Native Instruments devices means that it is ever harder to find a unique proposition to bring to the table.

In the MIDImix, Akai may well have filled a narrow gap that was left wanting, catering to the later stages of the production process rather than focusing on creative flow and ingenuity. As RA report, the controller is mapped out as an eight channel mixer with EQ ports, mute, arm and solo buttons and a master level fader. As a lightweight, affordable controller, the idea is that the MIDImix can be taken out into the field to afford you fluid mixing capabilities at any opportunity, which could be very useful at the testing and tweaking stage of production. Packaged with the Lite edition of Ableton Live, the device is set up to work straight out of the box with the popular DAW, although the manufacturers stress that it will work smoothly with all major production software.

The Akai Professional MIDImix will be available to buy in June.