Boof gets the vinyl treatment from Running Back

It should be of little surprise that Maurice Fulton chose to issue a new Boof album with no prior fanfare, but this made The Hydrangeas Whisper no less welcome when it arrived through his digital only Bubbletease Communications label late last month. The keener Fulton fans will no doubt have already spent some time with this third Boof album, reviewed today on this site by Matt Anniss, and lamented the fact gems such as “Pete Found His Z” are available only in digital form though it now transpires that is set to change.

The Running Back label overseen by Gerd Janson, a long term champion of Maurice Fulton, will continue efforts to offer a physical outlet for the US producer’s Bubbletease material with a CD and double vinyl edition of The Hydrangeas Whisper scheduled for release next month. This move follows Running Back issuing previous Boof album Shhh, Dandelions At Play on CD back in 2011 along with a 12″ release of LP highlight “Joi Is Smiling”.

Running Back will release The Hydrangeas Whisper by Boof on May 18. 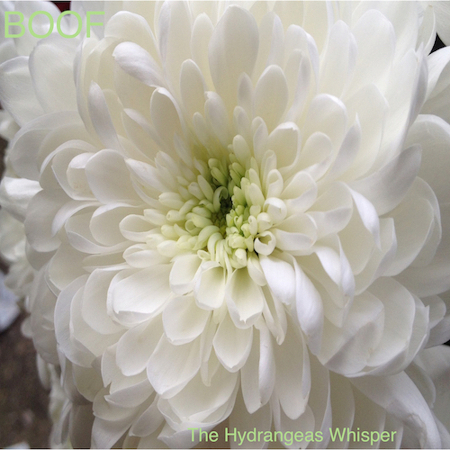 A1. Intro To It’s Sunny S Outside
A2. Birgit Boogie
A3. The Hydrangeas Whisper
B1. Cat Soulcat Strut
B2. Backlash
B3. Pete Found His Z
C1. Emi’s M
C2. Just On The Swings
D1. Tomoko’s O
D2. Solar Eclipse On A Friday Morning