Magda and NYMA unveil Versus controller 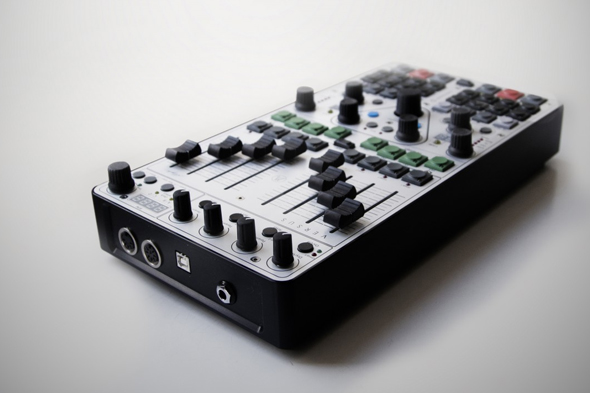 The Traktor-friendly device seeks to bridge the gap between live and DJ performance.

It seems the next step on the premier league DJ bucket list is lending a hand in designing a piece of hardware, as we recently reported when Floating Points teamed up with Isonoe to come up with a high-end rotary mixer. Magda has certainly been an amassador for laptop DJing since she first emerged as part of the M_nus collective, while NYMA has been a long-serving technical support to companies such as Ableton and DJs such as Richie Hawtin, as well as an artist in his own right. Having crossed paths creatively with their Define The Relationship project, the pair decided to join forces to design a DJ MIDI controller that would shift the focus away from the laptop and encourage a more reciprocal performer-audience engagement.

Magda and NYMA enlisted noted manufacturers Faderfox and Glanzmann DDS to help with the build of their ideal machine, with the most notable feature being the V Section which is aimed at minimising the time spent looking at a computer screen to select a track. In the promotional video, viewable below, Magda celebrates the handmade, military-grade build quality of the Versus, which includes rubber knobs for the, “best tactile feeling”.

There’s 32 fader commands at your disposal, while the box effects application can sit comfortably alongside a jack input for integrating an expression pedal into your set up. One of the particularly flashy inclusions is an LED chain which indicates how far into the track you are, so you won’t be caught out spending too long away from the CPU. Exclusive of VAT, the Versus controller checks out at a RRP of €1500, with the company expressing, “this is a product done purely out of love and not for profit.” For more detailed technical specifications head to the Versus website.

Versus will be available soon.