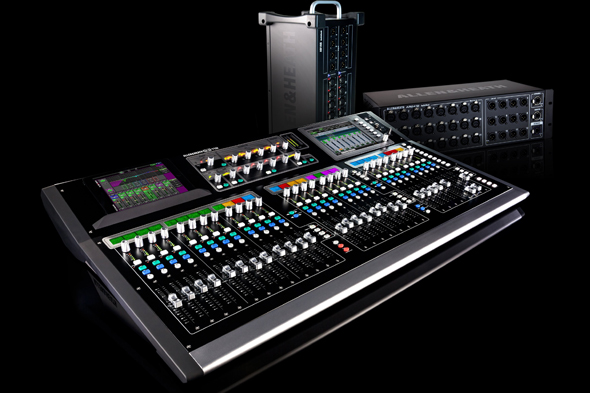 The update on their popular range of live mixing desks comes loaded with new features.

Few would argue Allen & Heath have positioned themselves as one of the most wide-reaching mixer brands in operation, catering to everywhere from the humble bedroom DJ set-up to the stadium-sized auditorium. The GLD series in particular has struck a chord for those branching out into live mixing concerns, using digital integration derived from the high-end iLive desks to provide the benefits of software in conjunction with the audio routing Allen & Heath devotees know and love.

A chamois cloth has been run over the GLD series and it’s come out gleaming, as the Chrome editions of the GLD-80 and its bigger brother the GLD-112 are in the ready to roll out. Among the many updates to the mixers, the firmware has been upgraded to include a new plug-in architecture that enables multiple processing units to be selected on each input and mix channel. There are also some tantalising new effects plug-ins included, from the stereo tap delay to a tape echo emulation which should give you plenty of scope to get dubwise in the mix. A&H will be officially presenting the GLD Chrome Edition at the Pro Light & Sound exhibition, but the mixers are reportedly shipping already.

For more information head to the Allen & Heath’s website.