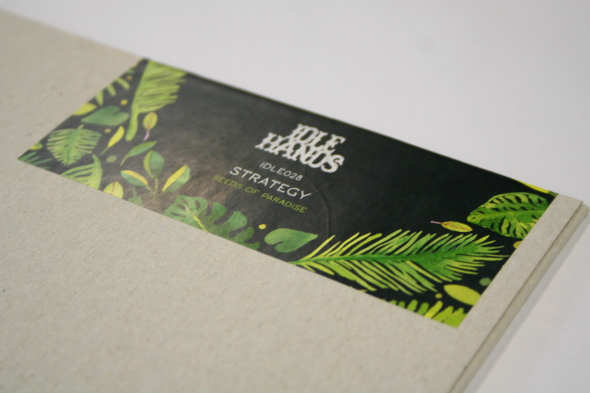 For all his championing of local talent – from Bristol stalwarts Bass Clef, Peverelist, Kowton, Kahn, Outboxx and Rhythmic Theory, to rising stars Shanti Celeste, Andy Mac and Facta – Idle Hands bossman Chris Farrell has always looked further afield for inspiration. Not just in terms of the artists showcased on the Stokes Croft-based imprint but also musically. While Idle Hands has long been held in high regard for its regular forays into techno, and deep house and post-dubstep fusion, Farrell has occasionally dipped his toes into more obviously dancehall, garage and carnival-friendly waters. Farrell himself has a wide musical knowledge, as anyone who’s witnessed one of his real ale-fuelled sets at infamous Stokes Croft boozer The Bell will attest; you’re just as likely to hear fuzzy post-punk, industrial strength jungle and rousing disco as baked techno, sleepy deep house and hypnotic minimal gear. 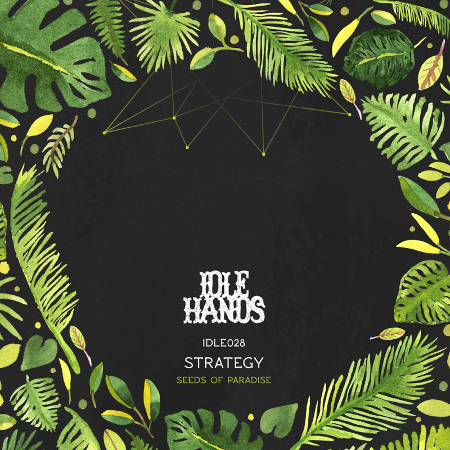 Even so, there’s something particularly pleasing about the direction he’s taken to go in with this latest Idle Hands release, an album from Strategy, AKA genre-hopping, Portland-based producer Paul Dickow. Given that Idle Hands has only previously released one album – a set of immersive deep house cuts from Outboxx – Seeds Of Paradise represents a bold statement. Of course, it’s not so much of a statement from Dickow, whose schizophrenic discography includes just as much dub-influenced drone and experimental ambient fare as it does dub techno, intense rave cut-ups and metronomic house. Still, it’s been a little while – by his productive standards, at least – since he explored more calming pastures. His most recent set – his eighth, no less – was the acid house-inspired Boxology cassette for 100% Silk, while his previous album, 2012’s Strategy for Peak Oil, explored the psychedelic realms of space rock, experimental jazz and shoegaze.

Interestingly, Seeds of Paradise is not quite as experimental as some of Dickow’s work, for the most part recalling the halcyon days of the early ‘90s ambient scene. For those of a certain vintage, it will bring back hazy memories of zoning out in smoky chill-out rooms, sofa-bound listening sessions at some ungodly hour and the sample-centric bliss of forgotten WAU! Mr Modo EPs (the Orb’s tropical-themed remix of Paradise X’s “2 Much”, in particular). There’s also a touch of the KLF’s Chill Out and Jimmy Cauty’s Space album about the spooky radio interference and disembodied vocal samples of “Milepost 4”, while the dreamy chords and misty textures of “Seeds of Paradise” and “Earthgazing” recall the decidedly horizontal works of Mixmaster Morris and the sadly departed Pete Namlook.

Crucially, this kind of aural daydreaming doesn’t date. Done well, such ambient explorations are timeless, regardless of the producer’s potential influences. In this regard, Dickow is something of a master. Check, for example, the scratchy textures, dubbed-out electronics, woozy samples and curious rhythms of “Wiggle Room”, the psychedelic synthesizer melodies and abstract chords of “The Wet Room”, and the exotic rhythms of “Always Coming Home”, the album’s most upbeat moment. All leave a lasting impression, as does the sparse, African-influenced ambient dub of “Virtual America” (arguably the album’s high-point, though it has plenty of competition) and opener “Blackberry’s Dream”, which almost succumbs under the weight of its own positive intent and mind-altering tabla rhythms.

While not as cutting edge and left-of-centre as some of Dickow’s more downtempo work, Seeds of Paradise is nevertheless something of a triumph. Not for any high-minded reason, but because it’s a great album to listen to. Its’ quiet positivity and mood-enhancing qualities make it one of those sets that you’ll reach for time and again, long after the initial thrill has worn off.