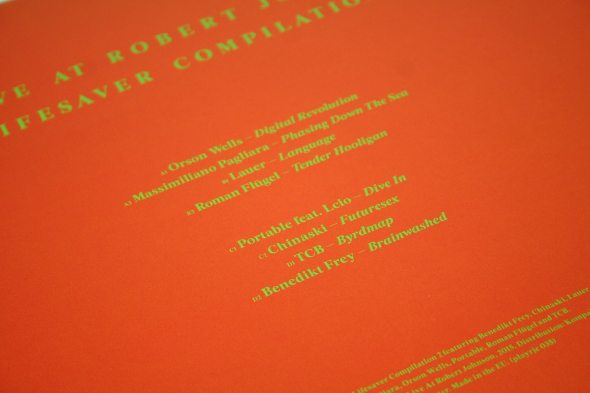 As a club with a record label, it could be argued that Offenbach-based Robert Johnson is treading a path taken by other so-called “super clubs”. Yet Ata and Sebastian Kahr’s club, located just across the river from Frankfurt, makes an unlikely super club. While its reputation is equal to the likes of Berghain, Fabric, and Amsterdam’s now sadly departed Trouw, Robert Johnson has a capacity a little over 250. Of course, it’s this intimacy, coupled with a superb Martin Audio soundsystem, on which the venue’s reputation was built. The label itself, established a decade after the club’s unveiling in 1999, has a similar intimacy. It was initially established, like Fabric’s offshoot imprint, to release branded mix CDs from residents, friends and regular guests. 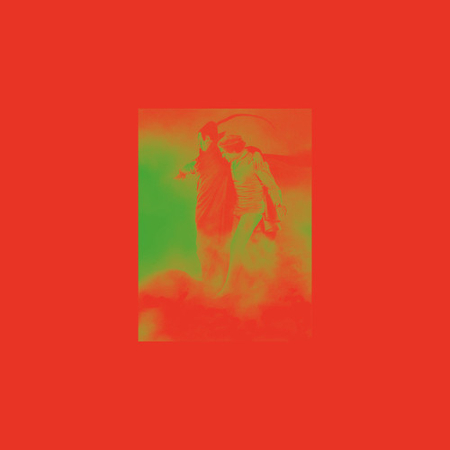 However, it was only when Live At Robert Johnson branched out into artist albums and 12” singles that the label began to take on a life of its’ own. An approach rooted in heavily electronic house, techno and disco, but with a melodious intimacy in keeping with the venue’s small size, began to fully take shape. Over the last three years, Live At Robert Johnson has become a byword for high quality, dancefloor-friendly electronic music, free of the “big room” trappings of many similarly-minded German imprints, with a core roster of artists – the likes of Portable, Lauer, Massimiliano Pagliara and Orson Wells – that buy into this ethos.

This approach arguably first came to the fore on 2013’s Lifesaver compilation, a collection of tracks from a mixture of old heads like Portable, Lauer, and Roman Flügel and relatively little-known “young guns” such as San Laurentino and Benedikt Frey, who subsequently released 12” singles on the imprint. Musically varied but rooted in deep house, it was a collection that seemed to open a new chapter in the history of Live At Robert Johnson. Two years on, they’ve decided to repeat the trick with a follow-up that retains the same core values. This time, though, there are little surprises when it’s comes to the cast list; with the exception of San Laurentino, Lifesaver 2 features the same line-up of producers as appeared on the first volume. While the first edition sought to introduce some new faces, this follow-up simply acts as a well-timed label showcase.

Subsequently, there’s an air of unmitigated confidence about much of the material on Lifesaver 2, as if both label and artists are comfortable in their skin. There are fewer surprises, perhaps, but the quality of the music remains high. That said, an eyebrow or two may be raised by Benedikt Frey’s “Brainwashed”, a hypnotic, exotic and slightly psychedelic concoction that reminded this writer of the hallucinogen-inspired “intelligent techno” peddled by Orbital around the time of the Brown Album. The beats may be looser and more in tune with contemporary deep house, but the effect – created via the use of relentless electronic loop, spooky organs and occasional acid lines – remains the same. There’s also something arresting about Roman Flügel’s “Tender Hooligan”, which sounds like an attempt to update the alien electronics, wonky drum machines and prominent melodies of early “bleep and bass” for a new generation. While it may lack the raw power and energy of that style’s most significant moments, it shares an enthusiastic innocence and child-like glee.

Elsewhere, the influence of disco – and particularly heavily electronic, tuneful nu-disco – is much in evidence. The drifting synthesizers, chugging arpeggios and shimmering electronics of Orson Wells’ “Digital Revolution”, the freestyle-meets-proto house celebration of Massimiliano Pagliara’s “Phasing Down The Sea” and the superb, beatbox electro-meets-EBM throb of Lauer’s “Language” all loosely fall under this banner. It is, though, the more house and techno-centric moments that ultimately leave the longest lasting impression. Be it the spooky, dreamy and sludgy pulse of TCB’s “Byrdmap”, Chinaski’s tuneful new age techno, or the woozy sleaze of Portable and Lcio’s “Dive In”, it’s these moments that you’ll return to again and again.