Just under a year ago, Sam ‘Flo Po’ Shepherd, James Holden, Vessel and Biosphere were invited to participate in a collaborative project with Gwana exponents Maâlem Mahmoud Guinia and Maâlem Mohamed Kouyou by the Dar Al-Ma’Mûn centre for artistic residencies in Marrakech. The invitation came as part of the fifth Marrakech Biennale and their recording sessions with these local artists were documented in great detail in an excellent feature by Kat Leinhert published on the RBMA website which is worth investigating.

It has now been revealed that Eglo and Border Communitywill jointly release some of the music recorded during that week long project from Maâlem Mahmoud Guinia, Floating Points and James Holden. Entitled Marhaba, it will initially arrive as a two-track 12″ that Guinia shares sides with Shepherd and Holden respectively and comes accompanied by a 20-page booklet of photographs documenting the week by Camilla Blake. This 12″ will be sold at the Eglo stall, manned by Shepherd and Four Tet at the Independent Label Market in Spitalfields this Saturday ahead of the official release next month, with an expanded digital edition due on Border Community that features a further two tracks. Hopefully the music involving Vessel and Biopshere will surface at some point too. 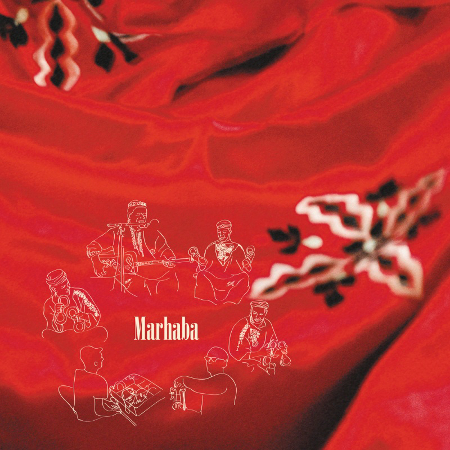