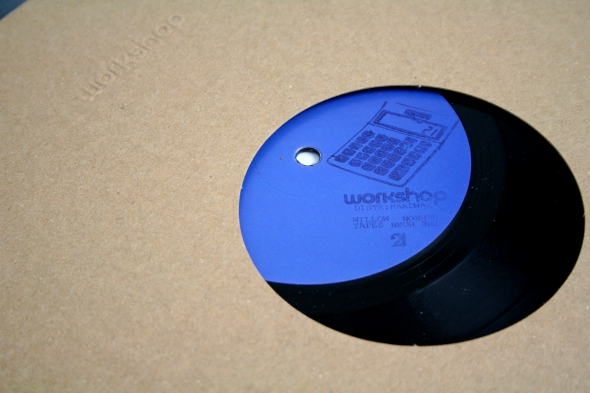 The Workshop Records release schedule moves in line with its content, unfurling with a slow and unpredictable quality, issued with the same minimum of fuss whether it’s a new album from Kassem Mosse or a live recording of Magic Mountain High. It’s a curious identity the German label has carved out for itself, maintaining a definite stylistic cohesion even as it seems to carry all sorts of different sounds. 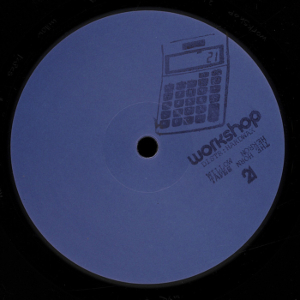 This latest various artists release kicks off with a track that almost nudges outside the usual Workshop netherworld thanks to the inclusion of a soulful vocal. It’s by somewhat unfamiliar artist Willow, and it first aired on Move D’s Fabric mix last year. While the first strains of the track come on a little surprising, it doesn’t take long for the unusual to rear its head and wriggle the track into a comfortably oddball funk. It becomes apparent that the vocal is in fact filtered perfectly so as to sound wrapped in a blanket, lending a slightly detached quality which feels so very Workshop indeed. That’s before the off-key synth tones have started up, by which point it’s hard to imagine the track belonging on any other label, so deft it is in reaching your heart while it messes with your head.

Testing the slower-end limits of the Workshop ethic, Tapes drops the delightful woozy pop nugget “Somebodies Baby” with falsetto vocals cooing out over the top of tape warbled chords and twinkles, while a budget drum machine punches out the rhythm. It’s a window into the more light-hearted side of the label, where a tongue-in-cheek experiment and serious music don’t have to be mutually exclusive. The Horn brings something far more dramatic to the table with archival track “Villager”, piling on heavy loads of synth tones that would have the Border Community lot trembling in their boots. It’s a bold sounding track but it still plays out with a certain melancholic delicacy, even as the more erratic synth lines start up and the track builds to a clunking crescendo.

Fresh from surfacing on his own meandyou imprint, Herron brings something special to the release with “Lost Track”, taking a progressive approach that starts off in zero-gravity surreality before being grounded by strangely trancey synth tones. There are a lot of layers at play but very few of them are drum sounds, whether it be the jazzed-out arpeggio bugging out underneath the pads, or the faint whisper of high frequency strings. It actually feels a little unnecessary for the clap to come in at the midway point, even if it does bring some focus to the beat of the track. Whatever the case, Herron has taken a very brave approach with this track and it carries on the explorative spirit of Workshop admirably.

It would be something of a cop out for a Workshop release to be a consistent record of four big tunes that impeccably represent the label. By its very definition it doesn’t pander to such easy routes and so even a compilation release will veer with the unexpected whims of its chosen tracks where such diversions may commonly be reserved for solo artists’ B2 slots. Long may the unusual reign supreme in the Workshop.