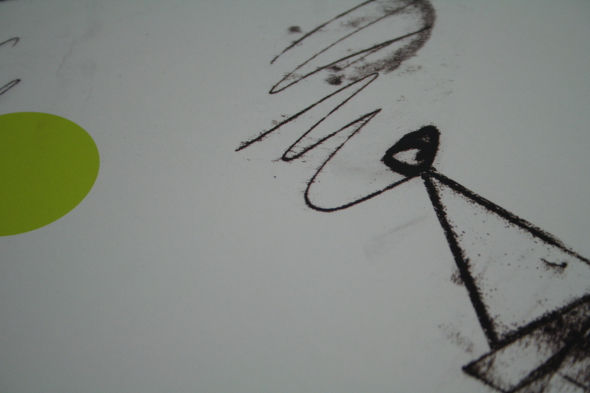 When Sheela Rahman first emerged on Rush Hour, L.I.E.S. Records and Créme Organization, she seemed to be carving out a particular niche as a purveyor of sweetly melodic, warm and inviting hardware house that sparkled as much as it pumped, sharply produced and easy on the ears. After keeping relatively quiet release-wise through 2014, she’s left it until now to unveil two releases that smartly rip that perception to pieces. Her appearance on Luke Wyatt’s Valcron Video imprint is a strung out excursion into hazy techno and drone, while this album for Black Opal turns the heat up with a selection that leans more towards aggressive and wildly distorted bangers far removed from the work she made her name on. 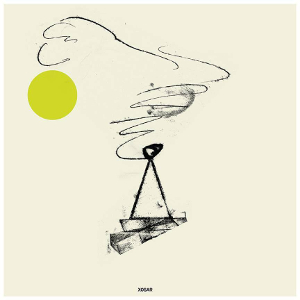 It’s not all like that mind you. Of the seven tracks stuffed onto the record, some of the pieces are experiments that swerve off into positively bizarre territory. “Gnome Circle” is a magnificent slice of madness featuring helium vocals, lopsided synths, found sounds and anything else you might care for when creating a deranged sonic fairy tale. There’s a wry sense of humour buried in there, not to mention it being a marvel of production. Primarily though, this is a record to scare weak-hearted ravers, from “The Pit”s bludgeoning drums and angry acid to the jack-track-on-steroids pressure of “Watching Waiting Wanting”. The distortion is purposefully overcooked, becoming a layer of texture in its own right.

“Hades Gate” is certainly not ‘friendly’ to anyone, as a demonic crackle of interference sits atop a swirling vortex of low rumbling drone, and while it’s not supposedly common territory for her, Rahman makes a devilishly good job of a drone track, and still somewhere deep, deep within the storm pulses a battered techno throb. “Prophylaxis” meanwhile makes a strong case for being the finest track on the release, channeling the kind of effects-pedal electro techno that Autechre made their own in the early days. The beat moves with dexterity, and the noise is welded to just the right elements to create a thrilling rush of warm percussive goodness.

“Sail 2 Elderon” provides some respite from the grittiness with its ethereal, dubbed out qualities making for the most accessible listening experience on the whole EP and a sublime, submerged meditation to boot. “Tales From The Tenderloin” too keeps one foot on the ground, even as the other is being stretched far up into the ether thanks to some positively cosmic synth blasts. These are possibly the only echoes of the earlier Xosar material to be found on the record, and it’s a distant one at that.

Rahman has then successfully subverted any preconceptions about her music, delivering something truly daring and confrontational, and made it completely her own. I’d be lying if I didn’t want to hear the more focused tracks on a dedicated 12” for the dance, but that was obviously not hers or Black Opal’s intention. Who knows what she’s going to cook up next?