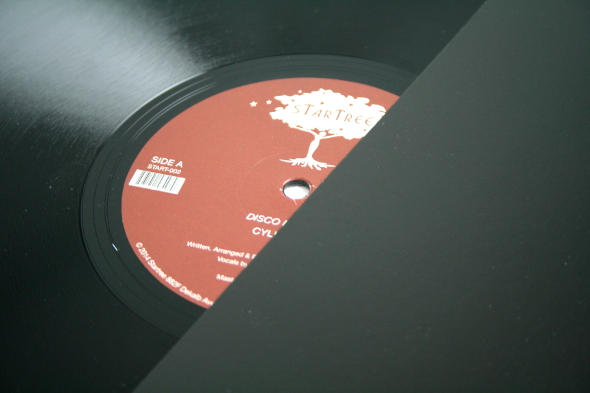 In the eight years since the last (and possibly final) Metro Area 12”, members Morgan Geist and Darshan Jesrani have enjoyed differing levels of success. While Geist took time out to record a solo album, the mixed bag that was Double Night Time, before scoring an international hit with Storm Queen’s inspired “Look Right Through”, Jesrani’s work has been altogether more low-key. A DJ career has flourished in the face of production outings that have been sporadic at best. Collaborations, remixes and occasional singles have come and gone which for a man of Jesrani’s talents is a relatively thin return. 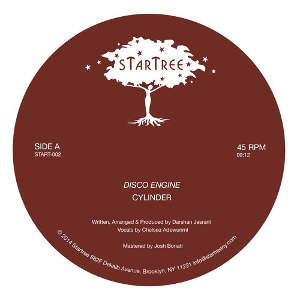 Perhaps the most notable development of recent years has been Startree Records, an imprint Jesrani founded largely as a vehicle for his own productions. The label’s debut release dropped at the turn of 2014, and featured Jesrani in full-on disco mode under the previously unused FunnCity alias. Full of rubbery live bass, clipped guitars, jaunty melodies, feelgood vocals and Jesrani’s usual vintage synthesizers, it was a cheery, 10-minute blast from the past accompanied by a chunky, stretched-out flipside Dub. While good, it lacked the sparkle of some of his other solo work, and certainly the stone-cold genius of Metro Area.

Some 13 months on, Jesrani is ready to release the second Startree 12”. There are similarities with the first release; a previously unseen alias – in this case Cylinder- and an unfussy desire to entertain and a track offered up in vocal and dub formats. But “Disco Engine” is a very different beast to its’ predecessor. More electronic in feel, it’s propelled forwards by the kind of rolling electronic bass line, gently bouncing percussion and synthesizer settings that recall Metro Area circa “Atmospherique”, “Strut” and “The Art of Hot”.

Yet while those tracks were as influenced by deep house as vintage electronic disco, “Disco Engine” doffs a nod to freestyle (most notably in the use of manipulated, early ‘80s style vocal stabs) and the clicking, shuffling rhythms of contemporary European house. The latter becomes more evident on the flipside 4-Stroke Dub, which strips back the simple but effective, goodtime vocal (“Disco Engine all night long… on and on and on and on”) into a series of freestyle yelps and essential phrases. In that respect, it reminded this reviewer of some of the production tricks frequently used by proto-house producers Paul Simpson and Winston Jones (though, it should be noted, Jesrani resisted the temptation to smother these snippets with copious amounts of tape delay).

“Disco Engine” feels like a return to what Jesrani does best, blending his disco, boogie and house influences into retro-futurist shapes that largely ignore contemporary trends. There was a timeless feel about much of Metro Area’s work, and while this is nowhere near as earth-shattering as the best of Jesrani and Geist’s collaborative work, it contains more than a little of that old sparkle.