The multi-faceted Munich operation layout its plans for growth in 2015.

Last year was undoubtedly a prolific one for Public Possession, with the label fully hitting its stride with a wealth of new releases and canny edits from the likes of Bell Towers, Obalski, and the Tambien project founders Marvin and Valentino share with Bartellow. Likewise, the Munich-based shop Public Possession, where the operation is based, has established itself as a go-to destination when record hunting in south Germany, and so it is with great expectation we look to their next moves as they seek to expand their empire (which at this stage also includes a “catering company”).

For now the focus is on music, with the next release offering a return for Anton Klint following the Spritzer EP that announced his arrival to the world of wax last year. Klint’s second PP release, Drunch, is due imminently and promises more of the same red-blooded, melodically enriched disco-house crossover material, with that cheeky Public Possession sense of fun running throughout. You can get a more literal feel for the sound of the two-track release via these clips.

After that the Public Possession team will be firing up their Under The Influence series for another round of well-informed edits, and this time they’re making it a four-pronged various artist assault on the dancefloor from some regular suspects and new faces. Tambien and Bell Towers have already done many fine services to the tradition of editing for Public Possession since the label’s inception, while Samo DJ debuted for them last year with the Sap Sap Leoia 10”. Tamas Jones represents the new breed, with the Australian DJ further cementing the link Public Possession seem to enjoy with artists from down under. The Edit Compilation EP is set for release in mid-April.

Following that party-starting salvo, label regular and Juno Plus favourite Bell Towers will return with another two tracks of playful goodness at the end of April. The Hyper-Realised-Self release features some of the most floor-friendly house material from the London-based Australian to date so far, marking the third single of original material he has delivered to Public Possession in the past two years.

We checked in with the in-house public relations department at Public Possession to gauge what kind of return an investment of your hard-earned funds will yield over the coming year, and they had the following response:

“After a brief consultation with one of the managers at the vault of the Public Possession financial branch, we can only say so much that the various business divisions are growing at a vastly increasing rate. Therefore the annual forecast for 2015 looks very promising. We advise shareholders to be patient, soon they will be able to reap the fruits.” 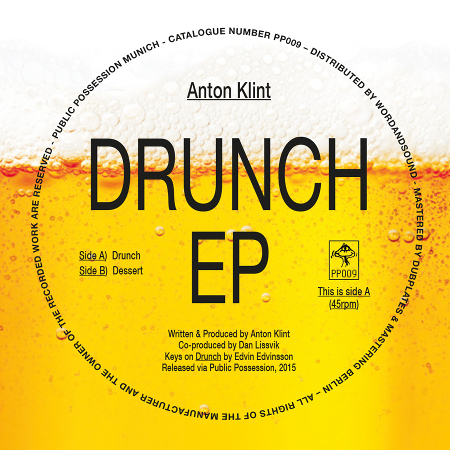