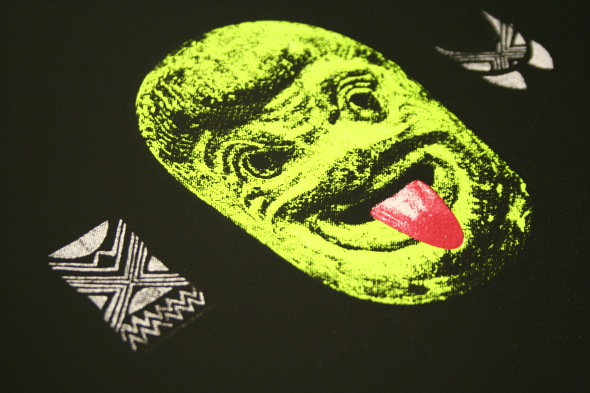 Vrystaete is a new division of the Dutch Enfant Terrible operation, which already numbers the Gooiland Elektro label among its ranks. According to its manifesto, this new label addition to the Enfant Terrible roster is ‘founded to release free spirited music’ and to provide a soundtrack to ‘a world where time is not defined by a clock’. It certainly sounds like Diamantener Oberhof is living up to Vrystaete’s ambitious brief. The work of German artists Brannten Schnüre and Johannes Schebler, who is behind the Baldruin project, Diamantener Oberhof is a reflective, at times introspective work that provides the soundtrack to a world of their own making. 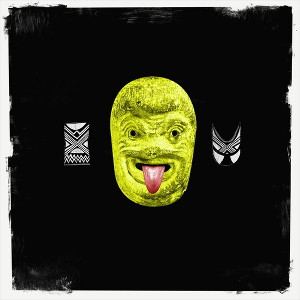 Littered with abstract compositions like the glistening, toy town melodies, tambourine chimes and mystical chants of “Schlafmohn” or “Mude”, which consists almost entirely of sun-dappled tones, these textures conjure up a magical, mystical world. It’s a place populated by carefree pieces like “Liebstockel”, which is full of rapturous bird song, lazy, drawn out female vocals and that hazy, mid-summer’s feeling when the air hangs like liquid over a country path.

“Scheide”, with its jangling bells, accordion playing and found sound backdrop, captures an opposing emotion and could be a melancholic lament for autumn’s arrival. However, this is largely an upbeat work; Schebler and Schnüre’s vocals combine over the warbling electronics and licentious accordion playing of “Die Welt in Tortenguss”, while it is presumably Schnüre who reads the obtuse text that accompanies the glorious church organ chimes on the second part of “Tortenguss”.

If there is a downside to this alternate reality, then Schnüre and Schebler document it fleetingly on “Die Brut”. Featuring the same kind of melancholy undercurrent audible on “Scheide”, it quickly descends into detuned fairground carousel music, mixed with discordant Middle Eastern drones. It provides a temporary glimpse of what this duo are capable should the mood take them, but for now, the dreaming spires of Diamantener Oberhof will suffice.

A1. Die Tiefe Scheu
A2. Die Brut
A3. Liebstöckel
A4. Nass
A5. Die Welt In Tortenguss
A6. Wiegenlied Am Totenbettchen
B1. Müde
B2. Schlafmohn
B3. Scheide
B4. Das Zertretene Schneckenhaus