HOLOVR has a Line of Flight

The London artist will issue his first vinyl LP through the Indole label later this month.

Striking out with the HOLOVR project two years ago, the endlessly busy Jimmy Billingham went on to score a pair of fine cassette releases for Opal Tapes that helped establish this current creative outlet. Last September Billingham launched Indole Records, telling this site the label was a continuation of his previous platforms “but just done a bit more efficiently” and with a clear focus on “people working at the margins and spaces between the established forms, interstitial work with an awareness of its background and history but also that pushes forward and outwards.”

Billingham also promised the label would be dealing with vinyl releases and after a second batch of cassettes dropped in January, the label is now ready to issue its first record which naturally comes from the founder himself. Entitled Line Of Flight, the record consists of two long form productions that sees HOLOVR “embrace a new palette of winding acid drift” and it’s set for release next week. You can preview both tracks in full over at the Indole bandcamp whilst the below video from Rob Heppell offers some heavily saturated luminescent tones that complement the thick acid of the music.

Indole Records will release Line of Flight by HOLOVR on March 16. 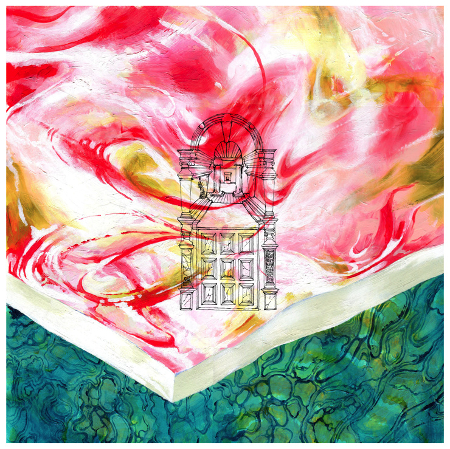