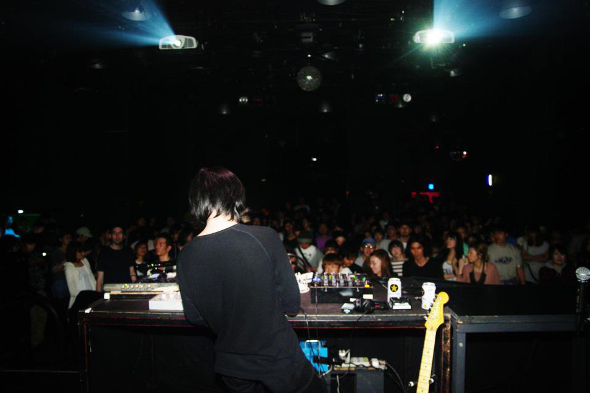 Obscurant from the Japanese artist will arrive in April backed with a rare remix from Call Super.

Though active as a producer for well over a decade, the work of Tokyo artist Gonno was brought to wider attention by International Feel with the release of Acdise #2 back in 2011. Possibly our favourite release from the label’s initial rise, the constant swell of melodic techno that was the title track remains as memorable as the accompanying remix from Skudge, and saw Gonno find a new fan in Tim Sweeney. In 2013, his Beats In Space label issued The Noughties, a three-track 12″ of archival recordings from Gonno which further highlighted the Tokyo producer’s range. A recent debut by Gonno for Endless Flight has already provided us with one of our favourite 12″ releases of the year with the label planning to release his second album later in 2015.

Ahead of that Gonno will return to International Feel with a new record, Obscurant, due in April. A typically personable press release from the label reveals this new material was submitted out of the blue by Gonno with the title-track described as “slo mo electronic Steve Reich packed with drama and moments of joy”. Excitingly, International Feel have coaxed a rare remix out of Houndstooth artist Call Super, who they reveal actually alerted them (via Gatto Fritto) to the potency of “Acdise #2” back when it was unsigned.

International Feel will release Obscurant by Gonno on April 13. 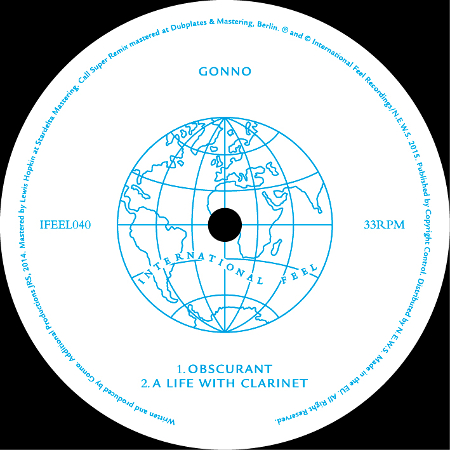