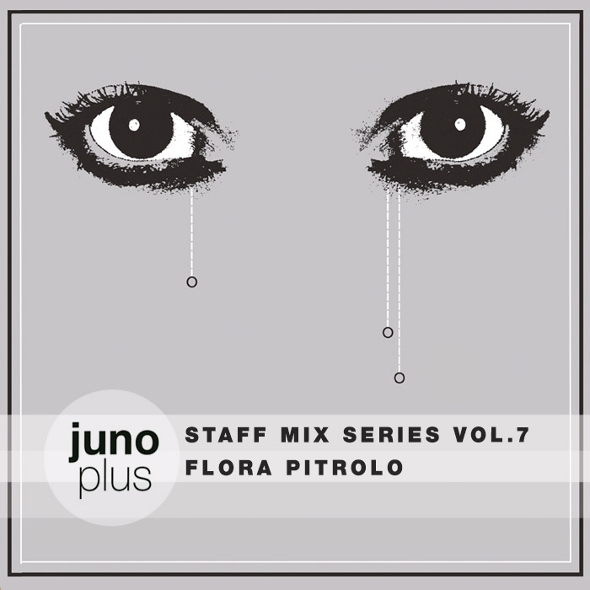 Flora Pitrolo’s archival tastes are indulged for our latest Staff Mix with a selection of home made and home-taped dark wave.

More than attempting any kind of technical somersault (I’m a radio woman, me), this is a rough, wintery mix made following my heart and instinct, without any conceptual agenda other than the desire to give a gift of things I love. It’s intended as a nocturnal and very loud listen, dark but not necessarily cold, made in a few hours on a Friday evening in the calm and concentrated privacy of my study.

My archival bone got the better of me, and it’s all old stuff apart from the Kiew-Aspirin-N piece, which is new and completely gets my tastes and moves me. Some of the tracks are very old loves: Bene Gesserit are a sort of motherly figure, while East Wall are the kind of thing I grew up listening to. I was initially planning on doing something full of childish melodies, but I think we all know that mixes have a life of their own; they just take over and forget about their author’s plans, hence The Ceramic Hello repetition. Some reissues are recent too: Bossa Luce came out recently on Direct Cut, and the Gasdehyde track is from the Der Zeltweg reiusse on Mannequin which I recently reviewed here on Juno Plus.

A lot of the sounds on here come from an underbelly of home made and home-taped dark wave which crosses between theatrical spoken word, lyrical industrial, and experimental goth. There’s a smattering of empty city melodies, an excellent dash of Yugoslavia, and generally some rough, opaque stuff. The Logic System track is another idea I had to base the mix around: clean but epic Japanese synth music to accompany you towards the eerie but stellar “Decline of the West” by B.E.F. – which, by the way, in reality may well be taking place, so we might as well enjoy it. I certainly hope you do.