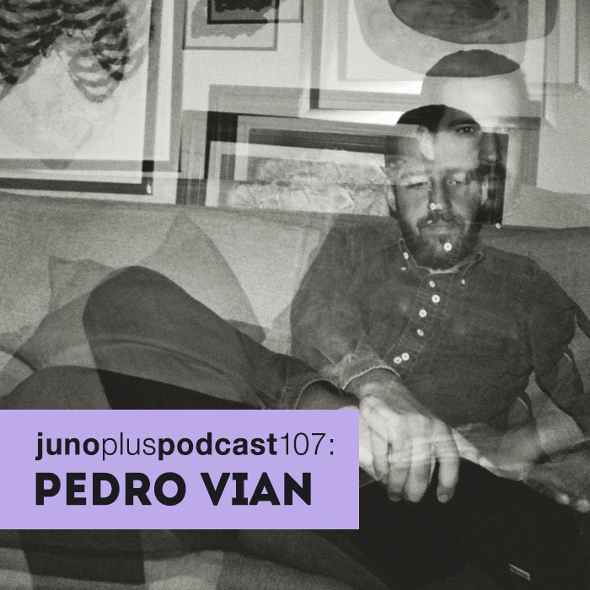 Step into the world of Modern Obscure Music with one hour’s worth of ambient tracks and abstract techno from Pedro Vian.

We first became aware of Pedro Vian under his erstwhile production moniker Pettre and the Aster project he shared with studio mate JMII. The Spanish pair surfaced together in quite auspicious fashion with records for two highly respected labels in John Talabot’s Hivern Discs and the Mathematics operation headed by Jamal Moss. All good things come to an end however and last year saw the Aster project come to its creative conclusion as Pettre became Pedro Vian and his efforts focused on a new label, Modern Obscure Music, and a more meditative approach to production.

The more alert selectors and collectors out there will no doubt be fully aware of Modern Obscure Music’s debut release, Pedro Vian’s own Dancing Hindus, which crammed in some suitably mind bending remixes from Hieroglyphic Being and Madteo. The latter’s self styled “No Hay Nada en el Futuro” effort is perhaps our favourite Madteo production of a storied discography, weaving through three distinct parts over some 15 minutes. If you check Juno Plus as regularly as we hope, you will be aware the label are planning their next vinyl release from mystery production unit Studio 3 after dabbling in various cross format releases.

As such we felt it was the perfect opportunity to invite Vian to contribute a mix to our ever growing podcast series and the resultant 60 minutes does feel like an accurate portrayal of Modern Obscure Music’s sonic aesthetic. Sink in and you will find S.P. Posse nestling in alongside Mix Mup, Lee Gamble, Alessandro Cortini and more. Vian was also kind enough to answer some questions to further embellish his plans for Modern Obscure Music as well as reveal how that Madteo remix came about.

Hi Pedro, how are things in Barcelona?

Everything is all right around here! I’m working hard on my new release that will be out really soon for Modern Obscure Music and working on my first live performance. I am going to present it this Friday at Mutek Festival. The warm weather and the festival season of the city are on their way, nevertheless this isn’t very positive because the winter peace will be over and the city will be full of tourists.

Everyone probably knows Hivern Disc by now, a label you have some clear affiliation with yourself, but how do you feel about the electronic music scene in Barcelona in a wider context?

Yes, I have been working at Hivern Discs as Pettre and as part of Aster with my mate JMII. Honestly, I don’t believe that there is any scene at all. You can find a lot of parties and festivals but in my opinion there is not much cohesion. Recent times in Barcelona may have seen new radio stations, record label, shops, more festivals and clubs, but I don’t think there is a unique and innovative sound which can define a scene.

Let’s talk about the mix you did for us, how was it put together and is there a specific concept to it?

I’ve mixed it all with vinyl, my thoughts were to include the most abstract and personal cuts from my record collection. It’s basically ambient, experimental and techno tracks with an intense meditative character.

The adoption of the name Pedro Vian seems like a chance to establish something separate to your work as part of Aster. Is that correct?

Of course, my new project as Pedro Vian is much further from the dancefloor regarding production. In fact it has a much more experimental approach but I still keep doing my DJ sets focused on dance music as I’ve been doing that for a long time. Pedro Vian is a more mature and personal project. My purpose was that my music reflects everything that I’ve got on the inside in an intimate way. I wanted to express myself clearly and honestly. I didn’t produce this music with any commercial intentions in mind, I just wanted to share my most personal vision of music.

Is Aster still a functioning project with JMII or has it been put to bed?

Yes, Aster ended. I really believe that we are better working on our own.

Let’s talk Modern Obscure Music, what are your hopes with the label?

Modern Obscure Music was born to give shelter to new, talented and unknown musicians who produce intimate electronic music; definitely youngsters with promise and something interesting to say.

How long had the label been in the planning stage before that first release?

Two or three years, maybe, but the idea comes from much further away. I’ve always wanted to create a publishing project. It’s been a really meditated work in which a lot of collaborators gave me ideas and support.

Naturally Dancing Hindus featured some wonderful remixes from Hieroglyphic Being and Madteo. You have quite a strong relationship with Jamal, yes? How did you come to work with him on Mathematics?

That was weird in fact. When Jami and I started to produce music as Aster and didn’t have anything release we sent some demos to two labels: Hivern Discs of John Talabot and Mathematics of Jamal Moss. Immediately we got positive answers from both.

And how did that special Madteo remix come about?

It still amazes me. I got in contact with Madteo through Facebook and asked him for a remix. He wanted to hear the original track, and he liked it! Since then we started to work on it and ended up with three different versions but couldn’t pick just one. DJ Sotofett was staying at his house in New York for a few days and apparently it was him who convinced Madteo to join the three of them to create the monumental remix that lasted 15 minutes.

It seems like you have been toying with formats on Modern Obscure Music since it launched, what has the reception been like so far to running the label?

I’m happy and thankful with the amazing feedback received from the media and the public. It’s been a warm welcome. Yes, I have been playing with different formats and I’ll continue doing that.

Design seems quite key too, who are the visual artists you have been working with on the label?

Yes, design is definitely key for me. I studied design and visual arts at university and that helped me a lot to know how important it is to have a singular identity. In this project we have collaborated with artists such as Alex Trochut, Federico Sancho, and Marc Monguilod.

The next release comes from Studio 3, and there appears to be some mystery about them. What can you tell us?

I’ll keep it a secret, thank you.

Are there any dream artists you would like to work with on Modern Obscure Music?

There are many artists I would love to work with. I’m quite obsessed with Lorenzo Senni and Inga Copeland’s work.

What else does the label have coming up?

I’ll release more new material this year, but I don’t want to disclose any more details. I’ll make you wait.