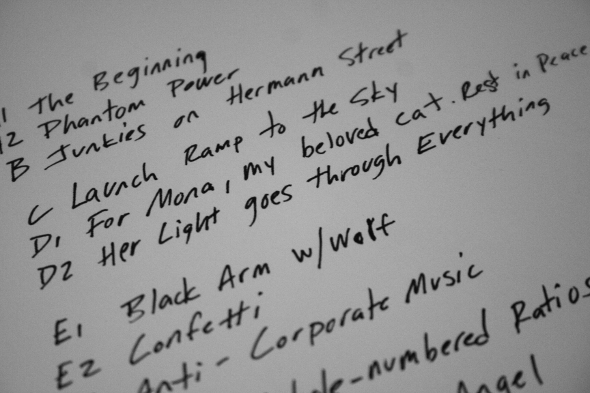 By now everyone that wants to hear Levon Vincent’s debut album probably already has done. In a move that echoes earlier release decisions, Vincent offered up an MP3 download of the entire LP days before the vinyl was due to go on sale. There’s no shortage of people trying different approaches to disseminate music in the digital age, but in Vincent’s case it feels like a specific kick back against the particularly feverish second hand market value his records have attained at times in his career. While he made a concerted effort to repress the most sought after of his early singles, this particular gesture feels like a move to jump ahead of the illegal download trade and ensure that, at the very least, his tracks will be heard as they are intended to be and not brutalized by dodgy rips or low bit rates. 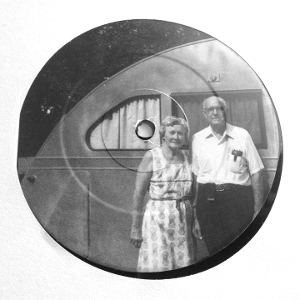 Whatever the case, even with the “Anti-Corporate Music” message that has been broadcast with the release, Vincent comes across more as one who just wants the right kind of life for his music out there in the world, rather than some attempt at novelty in the quest for more profit. Indeed he has always come across as a man with his heart on his sleeve, and it’s a feeling that comes out of the music contained within the eleven tracks. The album is full of the distinctive flair that has seen Vincent become so well known in a relatively short space of time, but in the context of an album there is a greater balance between the dancefloor elements of his sound and more esoteric concerns.

Opener “The Beginning” is a fine case in point as much as a logical place to start, laden as it is with plush reams of coldwave synth notes that cascade down onto one another with such warmth and grace you almost completely disregard the anchoring thud of the kick drum underneath. “Launch Ramp To The Sky” may be more pronounced in its rhythmic core, but the beautiful simplicity of the glockenspiel chimes that form the basis of the track allows it to reach far beyond straight-forward club fodder. With the patient repetition of the notes and a sense-tingling use of reverb, Vincent proves how much emotion can be wrangled from such simple means. The audacious diversion into crystalline arpeggios in the climax of the track leaves behind the beat altogether for an operatic finish to the longest track on the album.

“Her Light Goes Through Everything”, while a much murkier proposition, too moves with an expressive intensity that pushes the house framework to the back of the pecking order. Between the hushed but beguiling lead synth notes and the swirling masses of processed sound effects, a more meditative headspace is created, to the point where the delicate clap that emerges in the final quarter sounds positively conspicuous.

There is still ample room for Vincent’s signature crunch though, whether it be in the monolithic dub chords that send “Junkies On Hermann Strasse” awry, or in the moody pulse of “Anti-Corporate Music”, and it hits with the addictive clout of some of his best floor cuts. This certainly doesn’t feel like an album where Vincent has tried to run away from his club leanings in favour of something more experimental or expressive, but rather seized the opportunity to flesh out his muscular sound with a little more space afforded to less functional elements.

The one true diversion on the album, “For Mona, My Beloved Cat, Rest In Peace”, goes much deeper than a mere token interlude, letting compositional might come to the fore in a dramatic fashion. There’s no doubt after the rich array of harmonies across the whole LP that Vincent is a gifted composer, and it stands out in a world full of untrained electronic musicians.

Levon’s debut album lands as an all round success for Vincent and for his fans. He has afforded himself the space in which to flesh out his artistic identity without making any contrived attempts to reinvent himself, while his fans get the Levon they know and love with a little more shades to his sound, and all for free if they’re not fussed about the vinyl. It’s the kind of reciprocal relationship that could keep both parties content for a very long time.

A1. The Beginning
A2. Phantom Power
B1. Junkies On Hermann Street
C1. Launch Ramp To The Sky
D1. For Mona, My Beloved Cat, Rest In Peace
D2. Her Light Goes Through Everything
E1. Black Arm W/Wolf
E2. Confetti
F1. Anti-Corporate Music
G1. Small Whole-Numbered Ratios
H1. Woman Is An Angel