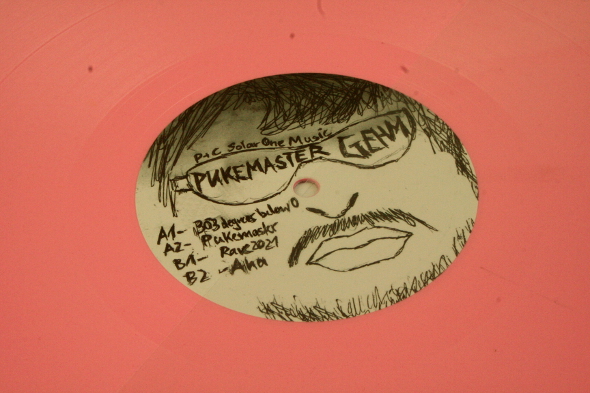 How do you stay relevant when the sound you are most associated with has been endlessly used, rehashed and watered down? That’s the dilemma facing German producer Andreas Gehm and pretty much every other contemporary artist working with the 303. Unlike many of his peers, however, Gehm has an advantage: his influences are not the early period Chicago house records that every second bedroom producer has sought to emulate, but the heavier techno-centric sound of artists like DJ Skull. 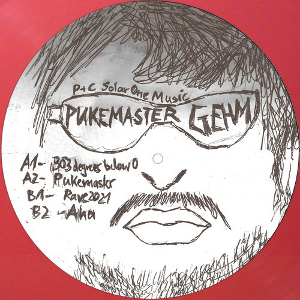 On 303 Degrees, Gehm revisits that early to mid-’90s approach under the new Pukemaster Gehm handle. “303 Degrees Below Zero” sees shrill and shrieking acid lines building constantly, breaking eventually over virulent snares and steely, staccato drums. “Aha” is in a similar vein; a vocal intoning the track’s title is looped over  a gurgling, triply acid line and menacing synths, whose combined sound have echoes of Steve Poindexter at his most menacing.

While these tracks are far superior to the vast majority of modern 303 tributes, Gehm is still confronted with the original question of whether he is adding anything new. The answer comes in part on “Rave2021”. Once again, Gehm’s ability to squeeze deranged tonal sequences from his Roland is audible, but the spiky drums that crash in with military precision add a sense of space to what can often be a claustrophobic sound.

It’s not, however, a radical departure like “Pukemaster”. The track starts with garbled vocals before Gehm drops a sub-bass that kicks the listener in the gut; then enter heavy duty, chest-pummelling 808 drums. Inevitably, a 303 line creeps in later into the arrangement, but it plays second fiddle to the spooky synths engulfing the rhythm. It may not be the most radical track, but as far as repositioning the age old acid sound goes, it’s an impressive move.