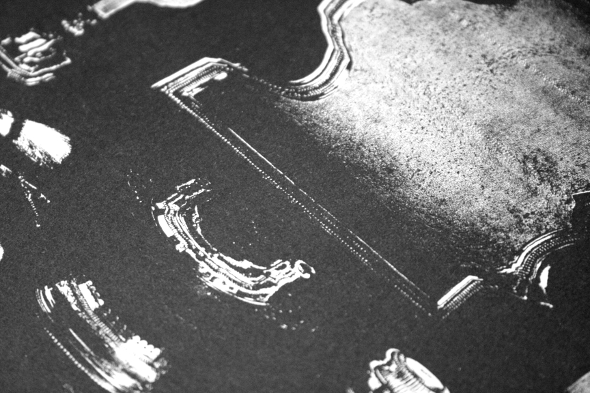 This mini-LP follow up to Aquarian Foundation’s 2013 debut 12” for Going Good has been a long time coming. A 30-minute portion of Mind Miniatures was in fact trailed by the label when announcing Silent Teaching, offering up a curiously dusty, otherworldly snippet taken from a recording of a rare live show at an “undisclosed location”. According to the story circulated by Going Good at the time, this live recording was rediscovered on a “discarded cassette”, to be readied for future release. Other details were, and remain still, thin on the ground. 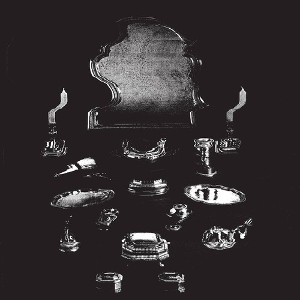 In many ways that’s not surprising as Going Good tend not to give much away. Their releases frequently appear without track titles. Founders Brian Not Brian and Salik Z preferring to let the music sell itself. Aquarian Foundation, meanwhile, have always dealt in mystery and mystique. The Vancouver-based trio have never willingly revealed their identities, though at least one member has released solo music on Mood Hut and Future Times as House of Doors, and have worn masks during live performances. It’s perhaps ironic that their militant “anti-hype” approach has served only to increase their allure.

It helps that their music has always been so very special and deliciously freeform. Previous releases on cassette and 12” have come packed with the kind of woozy, intoxicating ambient fare that flits between dreamy indulgence and unsettling creepiness. For those of a certain age, comparisons with the ambient house movement of the late ’80s and early ‘90s spearheaded by early incarnations of the Orb, Spacetime Continuum, Mixmaster Morris, Pete Namlook, Biosphere and, of course, Aphex Twin, were obvious.

Almost inevitably, you can hear echoes of this period, and many of these artists, in Mind Miniatures. In fact, it could be argued the release is little more than a loving, heartfelt homage to the ambient house era. Certainly, the earliest ambient house albums, primarily The KLF’s Chill Out and Jimmy Cauty’s single solo album under the Space moniker, were recorded in a similar, one-take way, with sound effects, immersive synthesizer chords, loops, samples, electronic noises and rhythms drifting in and out of a live mix drenched in reverb and delay.

Aquarian Foundation’s extensive use of dislocated vocal samples and field recordings, presumably taken from sound effect libraries, feels like a nod to early records by The Orb and System 7. Some of the chords and melodies recall landmark records such as A Huge Ever Growing Pulsating Brain That Rules From The Centre of The Ultraworld by the former. Even the way the album is constructed – two long tracks, each stretching across one side of vinyl – is reminiscent of a period when 15 to 20 minute tracks were the norm.

Of course, there are other influences; the lucid, yearning house of Larry Heard, the new age and tropical doodlings of fellow Mood Hut affiliate Hashman Deejay, the more spaced-out end of Young Echo’s output, and the off-kilter, humid electronica of Afrikan Sciences. These all spring to mind when listening to this album, but are merely secondary inspirations. They can be heard for fleeting moments, between periods of curious noise (that itself reminiscent of The KLF’s bizarre UFO Mix of the Pet Shop Boys’s “It Must Be Obvious”), exotic blasts of delay-drenched sitar and tabla rhythms, and the sensual, far-off pulse of ultra-deep house.

Mind Miniatures is ambient house reinvented; 46 minutes of blissful, out-there, colourful, vibrant and dreamy electronics, sampled grooves, eccentric noises and kaleidoscopic soundscapes. For keen fans of original ambient house, it may sound like a second coming; but for those who missed it first time round, it will feel thrillingly fresh.