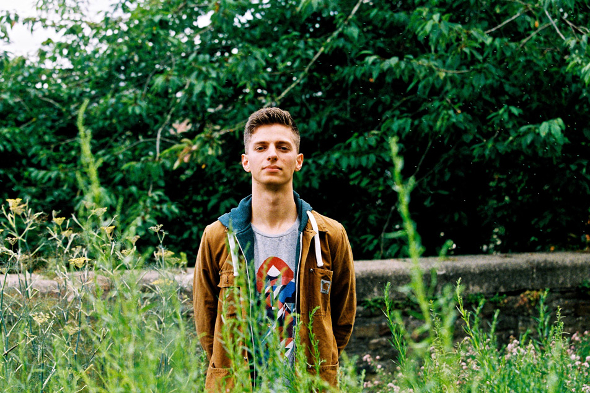 Cris Ebdon returns to Peng Sound with a self titled eight-track EP to be spread across two discs.

Cast your cursors back to the start of the year and you’ll find our inaugural podcast for 2015 came from Cris Ebdon under his Ishan Sound guise who delivered a 46-minute set of unreleased dubplates and collaborations. Little did we know that two of the tracks listed in the mix, “Wickedness” and a dub version of “Saviour” (the original can be streamed in full via YouTube below) would go on to make Ishan Sounds’s forthcoming, self titled return to Peng Sound. Ebdon’s music has been an essential ingredient in the development of the Bristol hub since providing the label with its second release, Clash Of The Titans featuring the spoken words of Ras Addis, which was later given its own remix 12″ thanks to reworks by Kahn and Hodge.

Prior to debuting on Peng Sound as Ishan Sound in 2013, Ebdon was known for his work as one half as Punch Drunk duo Zhou with Amos Childs, aka Jabu, and his involvement in the sprawling Young Echo collective. Following releases on Portland, Oregon, label ZamZam Sounds and Pinch’s Tectonic, it was revealed earlier today by the fantastic Tape-Echo that Ebdon will make his return to Peng Sound with eight of his “finest cuts to date,”. As a press release continues, both B-side cuts “did plenty of damage on the OBF Soundsystem at the recent Teachings In Sound / Peng Sound session in Bristol’s Trinity Centre,” while also revealing Seb Gainsborough, aka Vessel, was on hand for some additional production which reportedly found its way to the second disc.

Peng Sound will give Ishan Sound by Ishan Sound a vinyl-only release on February 23, but if you’re in Bristol copies will be available for purchase at 7pm tonight from Rewind-Forward.