Felix K – Tragedy of the Commons 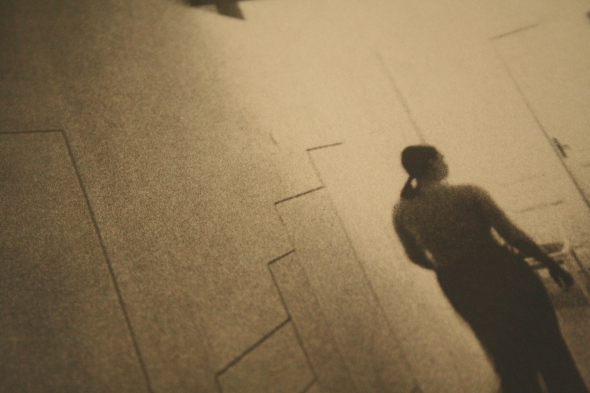 Blackest Ever Black are still pursuing new iterations of that Holy Grail, Christoph De Babalon’s 1997 LP If You’re Into It, I’m Out of It. ‘Bleak, bombed-out soundboy electronics’ could just as easily be the context for Raime, Killing Sound, Tomorrow The Rain Will Fall Upwards and December; but here, vividly, it’s applied to a label debut from Felix K that feels as much a visual score as any kind of dance-inspired musical exercise. 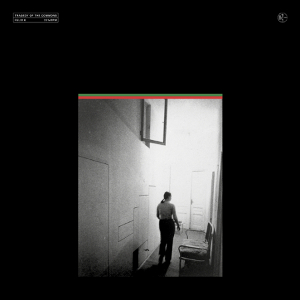 It’s not easy to immediately contextualise Tragedy of the Commons amongst the other breadth of work Felix K has accomplished, though the absence of Felix K’s signature ticking drum and bass is immediately noticeable – having become so entwined in his lexicon as to render the omission remarkably significant. In the interview accompanying his podcast for Juno Plus in December, Felix K was already hinting at the record taking on a more expressing narrative, framing it as “a bit different” from other productions. Records like Escapisms and Flowers of Destruction have already seen more explicit dalliances with ambient or atmospheric tonality, but this is the first instance where it feels less like an aside and more like a full, expressive dedication to the idea.

At 17-and-a-half-minutes long, the title track is clearly framed as the main draw. Ambient – and in particular ambient tangentially related to dance music – has a terrible habit of often dropping into place so leadenly and rigidly looped, with sampling akin to roughly slicing and splicing tears into delicate textures. But one of Felix K’s more subtle brilliances has always been the way he handles pads, to floating and cushioning white noise as if they’re aerated currents of quiet propulsion.

“Tragedy Of the Commons” ebbs slowly and naturally over the course of several minutes, and it’s compositionally taught as his sharp drum and bass or techno tunes, but meandering in form. It’s a beautiful realisation of simultaneous push and pull in dance music, distressed and rescaled into this new serpentine profile. ‘Berlin noir’ as the Blackest Ever Black calls it – but hooked on an accelerated, imagined version of the city – 17 minutes pass quickly and delightfully.

“Silent Money” reintroduces beats at a gentle pace, with a jellying focus on bass and dub-wise mentalities, with a background of strange, revenant voices. “Fundamentals” appears in remixed form by unknown entity Onar Anxiety (could it be one of Felix’s alter-egos, or one of many white-labelling associates?) and the hammering drums – taut and woody rather than Felix K’s traditional high speed touches of metal and concrete – are elemental, even sacrificial. Both of these tracks are so, so good – crushing weight as ballast against the A-side – but it speaks highly of the dynamism of “Tragedy of the Commons” that they still seem to pale to the scale of that saga.

A1. Tragedy of the Commons
B1. Silent Money
B2. Fundamentals (Onar Anxiety Remix)