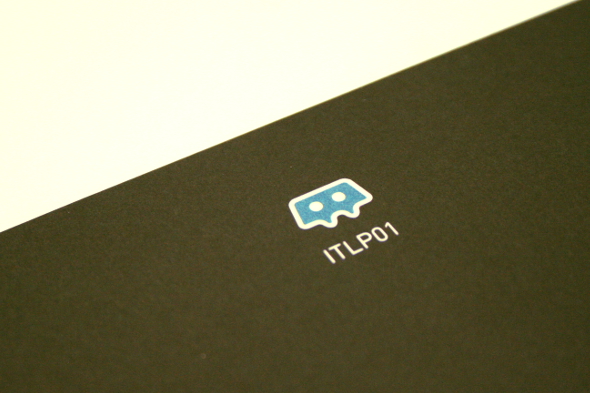 It’s been an intriguing journey for Dario and Marco Zenker to get to where they are today. The former carved out a name for himself in the peak of the minimal techno boom, getting into twitchy grooves on Vakant, Unfoundsound and Telegraph amongst others, while Marco made his first steps on their own Ilian Tape imprint a little later on. With firm foundations underneath their feet, in the past year or so the combined efforts of the Munich-based siblings have garnered ever more praise, as their sound has naturally edged towards a more full-bodied techno approach with their appreciation of sound design and crafty detail intact.

It seems an apt time for the pair to commit their collaborative sound to a long player then, following on from rip-roaring singles on Tresor and Ilian Tape. Theirs is a style with enough flexibility to truly stretch out on an album and create more than a collection of singles, even if a strong rhythm section looms in most of the tracks. As with any self-respecting techno album though, proceedings have to begin with an ambient track, and while it may be something of an obvious move, “Mintro” is more than a trite ident for Immersion. It’s an intriguing piece in its own right, and it lives up to its position and sets an engaging tone for the album perfectly.

From there, “Aisel” presents just the kind of unpredictable proposition one wants to hear on a long player, making mincemeat of low end rumbling and turning it into muck, while brightening up the top end with choice dub chord blasts. “Phing” follows suit with a more sharply defined, gently broken beat that provides a backdrop to Autumnal chords and samples, and in these dulcet tones it becomes clear that Immersion is an album steeped in reflective moods, aimed at introspection rather than dancefloor release.

There are some tougher moments, and “Innef Runs” is definitely defined by its rugged kick n’ tom throwdown, but still the arrangement of the percussion is more about craftiness than functionality. The dexterity with which the drums fall around each other is a marvel in itself, and as the track progresses there is still plenty of room for some space age synth work, but there’s another feeling at work here that holds the album together. “TSV WB” spells that feeling out more explicitly through its deployment of a distinctive hardcore snare and growling bass; that the Zenker Brothers have soaked up a decent amount of influence from the recent cross-pollination of sounds between techno and UK rave culture. It’s a trend that has been evident to see in the work of Tessela, Eomac’s album on Killekill, or the likes of Acre on Cold. Most importantly in the case of the Zenkers, such influences have been absorbed and channeled in such a way as to yield a unique proposition at the other end.

There is still a Germanic focus and thrust to the techno, not least on peak-time wrecker “High Club”, but it’s rounded out by the kinked groove and rude sound palette of Ol’ Blighty’s most deviant bass-led producers. With the two strands finely balanced to form a cohesive whole, the end result is the kind of playful, dynamic and downright kick-ass techno that inspires an instant pleasure response, not least compared to the patience required for monotone, monochrome industrial thud or the stamina to keep up with guttural bass drops and a cavalcade of amen breaks. It would be a stretch then to say that the Zenker Brothers have rewritten the rule book with Immersion. Instead they have crafted a fine collection of adventurous techno and electronica tracks that pack plenty of punch without compromising on creativity.