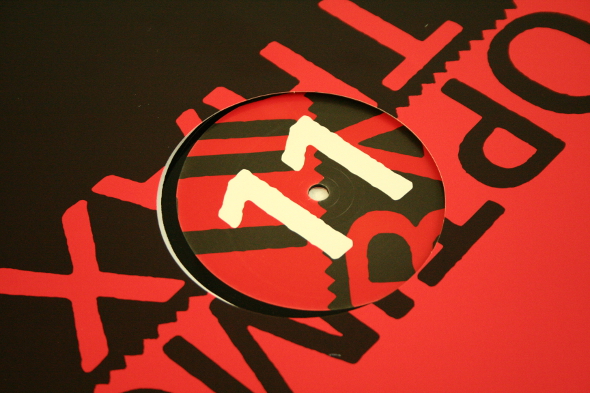 Given Keith ‘JD Twitch’ McIvor’s status as a walking musical encyclopedia – seriously, the depth of his knowledge is staggering – it’s unsurprising that he is developing a soft spot for archival releases. While he first dipped his toe into the reissue market with a couple of excellent Chris Carter releases back in 2011, McIvor seems to have been getting increasingly nostalgic over the last 18 months. The second Optimo Trax 12” – released back in October 2013 – featured a swathe of unreleased tracks from Dutch techno legend Maarten Van Der Vleuten, all apparently recorded back in 1992. More recently the label has reissued a pair of stunning 1990s dub disco gems from DJ D and Rob Mello’s long dormant Reel Houze project. Both have been highlights of the Optimo Trax catalogue thus far. 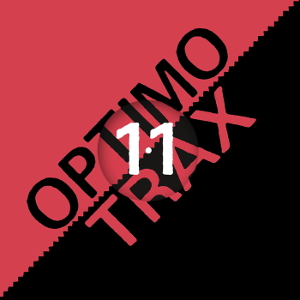 It’s heartening, then, to see McIvor open the new year by looking back to the 1990s with the Drum Attack EP. This is no mere reissue however, it’s more of a scaled down compilation featuring a trio of tracks that have long been Optimo secret weapons. As the title suggests, these are cuts that push percussion to the fore – DJ-friendly drum tracks, the likes of which we see much less frequently in the 21st Century. That’s not to say drum tracks went out with progressive house, tribal and big beat. Echoes of the ‘90s drum obsession can be seen in the raw, surging techno and jack tracks being promoted by Berceuse Heroique, L.I.E.S, and the Buddy Miles-with-a-909 madness of Max D’s Dolo Percussion project.

Interestingly, you can certainly draw parallels between the hectic, pots-and-pans drum hits of the Dolo Percussion EPs and Mr Marvin’s 1992 gem “I Want You”, one of two riotous dancefloor workouts on the three-track Drum Attack EP. While built around a sturdy beat pattern, “I Want You” is blessed with the kind of frenetic, all-action drum work that sounds live and loose. While it almost certainly isn’t – I’d wager it’s an example of brilliant sampling and programming – it nevertheless gives the track a ludicrously energetic and intense feel. There’s a similarly booming, throbbing feel about Fuel’s forgotten 1995 flipside “Rigid”, a banging chunk of ultra-percussive techno that sounds like an unlikely collaboration between Jeff Mills and the cast of Stomp. While it’s a great example of it’s type, these kind of workouts weren’t all that rare in the ‘90s – it was common for house and techno EPs to include drum dubs or “beats” tracks.

The most intriguing track here, though, doesn’t fit into this category. Illumination’s “The Way Out Is The Way” – a hook-up between Norwegian techno pioneer Per Martinsen (better known as Mental Overdrive) and British jazz musician Nicholas Stiltoe – is much harder to pigeonhole. When McIvor first found the record, he was convinced it was cut at 45rpm. Played at this speed, it sounds like a particularly haunting dub house record with an insane breakcore interlude halfway through. Actually, it was created as a more downtempo excursion – a kind of post trip-hop head-nodder with a classic jungle break used to create energy midway through – and was pressed at 33rpm. Here, Twitch as come up with a novel solution: pressing the 12” in such a way that the track works at both speeds. It’s worth trying; “The Way Out Is The Way” still sounds next level whichever speed you play it at, some 14 years later.