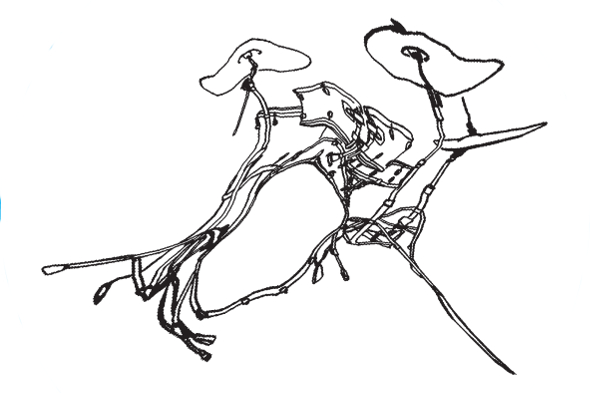 Cast your gaze over the sprawling L.I.E.S. discography as a whole and some of the most exciting material the label has released to date originated from their White Label series. “Love Triangles” from Bookworms, Terekke’s Damn EP, Ron Morelli’s Bad News hookup with Doug Lee, and NGLY’s Intergalactic FM 2014 Top 100 topping “Speechless Tape” all came with a decimal point on their catalogue number. The latest White Label addition is Slugbug, an unknown quantity who first appeared on our radar via Some Unreleased And Exclusive Shit!, a self-explanatory mix CD put together by Ron Morelli for French magazine Tsugi a few months back.

The label are remaining tightlipped on Slugbug’s identity, but that doesn’t mean we can’t enjoy the music which L.I.E.S. describe as blurring the lines of “new wave tinged beat tracks, off-kilter electro and psycho-house”. If you are are a fan of the more manic moments on the Charles Manier LP you will definitely feel the below stream of “Control”.