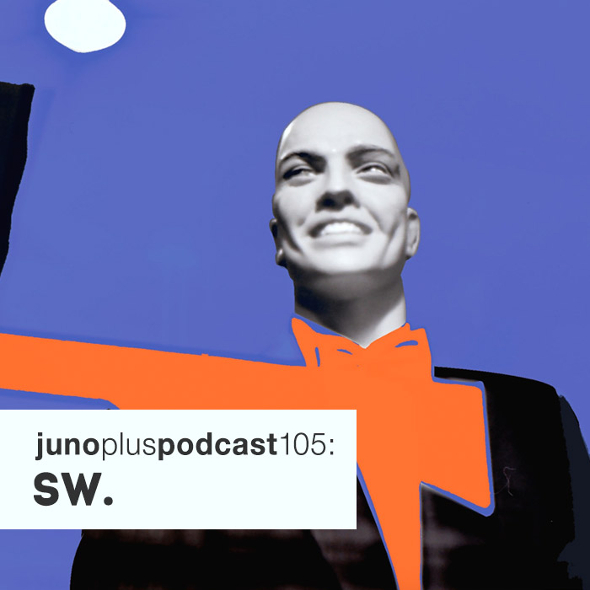 The SUED co-founder comes through with a wonderful 90 minutes of house and techno.

In 2011 a clip art image of a faceless orange announced the arrival of SUED with a simple “Hello“. The friendly looking fruit was communicating the landing of a label run by regular Dynamo Dreesen collaborator SVN, and SW. Following a debut release so good it seems anyone owning a copy isn’t willing to part with it, the music of SUED has found itself orbiting a world known to the likes of Sex Tags, Acido and Atelier Records. Of the now many unassuming untitled 12″s the humble operation has released, the first was a split SVN and SW. EP, and between them the two delivered Krautrock, Cluster-like arpeggios, some of the best piano chords used in a house track the Juno Plus editorial can say they’ve heard, originally gritty basslines and a loose cut of teasing tribal percussion that morphs into something completely tropical just when you think you’ve heard it all.

At nine-records-old, SUED proffers a simple visual aesthetic, while musically the label’s sound is defined by the faded water colour tones of the duo’s authentic music making abilities, with SVN atmospheric collaboration with Club No-No from last year a catalogue highlight. Of the solo records to appear on SUED, two have been produced by SW., including one of the label’s two titled records Reminder Part Two. But unlike SVN, who’s appeared on Kontra-Musik, Sotofett’s Wania, Snorre Magnar Solberg’s freshly cast Club No-No, and respectively on Acido and Atelier as Dresvn and Tase, the sole productions of SW. have always remained on SUED.

Remixes have slowly started popping up from SW. however, with his reworks beginning to appearing on Kimochi, the stencil-sprayed imprint run by Chicago’s Area, aka m50, and Los Angeles 303 addicts Acid Test. For his Juno Plus podcast SW. delivers 90 minutes worth of warm, rugged and unidentified house and techno with a touch of low fidelity that’s not dependant on distortion for effect. And should you be a follower of those guys over at Trushmix, we can’t can’t recommend this mix enough.