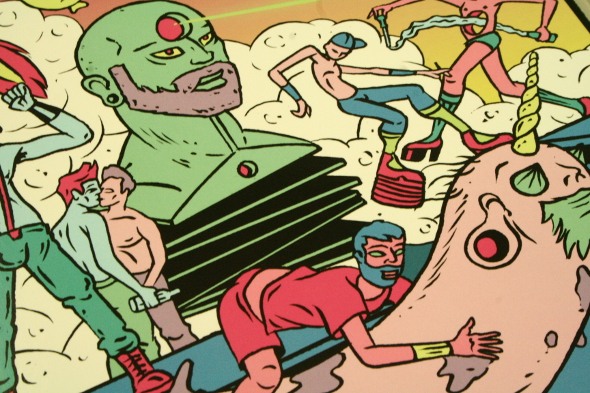 There always seems to have been a clear sense of purpose about Discodromo and DJ Boris’s Cocktail D’Amore parties. The Italian duo and Berghain resident first decided to put on monthly events to offer Berlin’s gay community an alternative to the city’s techno-dominated scene. In practice, this meant offering a richer and more varied musical palette, albeit with a strong undercurrent of melodious deep house, alternative disco and sleazy jack-tracks. Dancefloors were caressed and teased, rather than overloaded with overtly masculine rhythms and guttural grooves. Sure, the parties get sweaty, but that’s a product of the fundamental ethos behind Cocktail D’Amore; it’s about having a good time, after all. 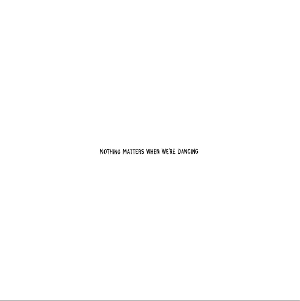 The label that proudly sports the party’s name – launched back in 2011, not so long after the party first began to pick up a serious following in Europe’s party capital – shares this vision and sense of purpose. To date, the releases – largely electronic, but deliciously eclectic in approach – have variously touched on off-kilter deep house, analogue box jams, strobe-light nu-disco and Italo-disco, and the kind of hard-to-categorize dancefloor fare that takes inspiration from far and wide. Their roster of artists and remixers is particularly impressive, with Heatsick, Lord of The Isles, Massimiliano Pagliara, Young Marco and Legowelt all featuring in some capacity, as well – of course – as Discodromo.

The name of the first Cocktail D’Amore compilation, released to celebrate their fifth birthday, is particularly apt. Nothing Matters When We’re Dancing is the best summary of their ethos this writer can think of. Fundamentally, dance music is about having a good time; what you’re listening to, playing or releasing is merely a means to an end. That’s not to say that Nothing Matters When We’re Dancing has a slapdash attitude towards the music contained within. Despite their party-minded ethos, Discodromo and DJ Boris have rock solid underground credentials. This has always been reflected in the label’s releases, and this compilation is no different. A brief glimpse at the tracklist proves the point; any collection that can bring together Heatsick, Black Deer, Forever Sound, Lord Of The Isles, Young Marco and Jules ‘J.E.E.P’ Etienne must be taken seriously.

Musically, it’s a mixed bag, but the overriding mood is one of celebration. Sometimes this manifests itself in productions that make the senses tingle – see the kaleidoscopic synthesizer melodies and vintage nu-disco chords of Forever Sound’s “Floor Elevator”, or the similarly surging chords and glassy-eyed dancefloor swagger of Chymera’s “Rainbow Brite”. At other times, this mood is delivered in an altogether more robust, sweaty and jacking format. Check, for example, the throbbing, body-poppin’ drum machine funk of Luv Jam’s “Flyypost 971”, or the abrasive electronics and alien funk of Heatsick’s pulsating “dionysos”. Despite the in-your-face nature of both tracks, they’re both unmistakably fun. That’s a trait shared throughout this compilation; try listening to the Voyage’s tongue-in-cheek tribute to campItalian horror soundtracks from the disco era without breaking into a smile. It’s impossible.

This celebratory feels seems to have got the best out of many of the artists involved. Young Marco’s “Flying Navajo”, all undulating, Vangelis-influences synthesizer lines and shimmering melodies, is equal to anything on his stunning debut album, Biology. William Burnett dons his Black Deer alias with equally memorable results on “Will The Cat Cross Our Path Tonight”, combining heart-aching guitars (cut-up and rearranged appealingly), oscillating bass with widescreen atmospherics. As for Lord Of The Isles’ contribution, the enveloping ambience of “Wilderness Theme”, it’s as breathtakingly picturesque and evocative as his finest moments. It might be beatless, but it’s in no way downbeat; like the rest of Nothing Matters When We’re Dancing, it ripples with feel good intent.