Snorre Magnar Solberg with DJ Sotofett & SVN – No No 2 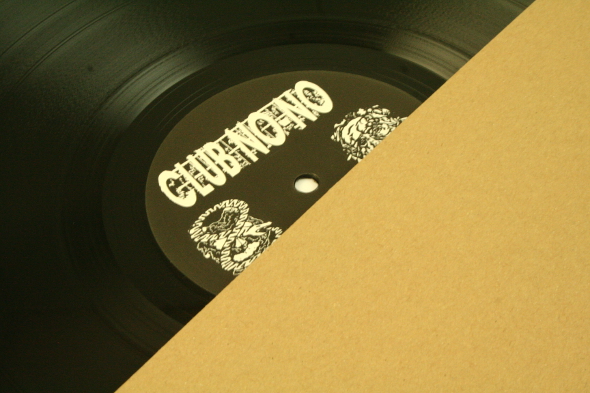 It won’t be long until Club No-No is a name familiar to the unique and esoteric bend of house music being released by labels like Acido, SUED and Sex Tags. Snorre Magnar Solberg, aka Club No-No, is the newest personality to appear in this peculiar universe of stray house and techno strung together by artists like Dynamo Dreesen, SVN and DJ Sotofett – swap Fettburger for Sotofett and all played Solberg’s project launch last year – and it seems as though the Norwegian’s developing, yet already distinct style is helping introduce a unique nuance to an already newfangled sphere of electronic music. 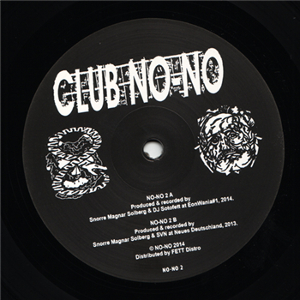 With collaborator SVN, the two weave minimal sketches of tribal drums and subtle percussion through ambient environments that sound as if they’ve come from the depths of an uncharted 1900s Congo. From prowling cats and screeching monkeys to rustling ferns, squawking birds and stridulating insects, atmospheres are wild as what you’d expect from the heart of an undisturbed darkness. Solberg & SVN’s “Track 5” taking up the B-side of this second Club No-No 12” adds to the duo’s spirited jungle thematic debuted late last year on SW’s SUED, only this time a rattling, Amazonian bassline finds itself at the front of the mix that comes to life most played at 33rpm.

Four Solberg and Sotofett collaborations make up the A-side with each track blending into the other for the single, evocative piece. Among scuttled Tahitian-sounding tribal drums and loose analogue beat sequences, a detuned growl of a tiger, voodoo screams and witchdoctor chants spiral out of control from an undergrowth of lo-fi sounds with eerie, horned instruments and delay effects splashed on top like something out of The Upsetters’s 1981 album Blackboard Jungle Dub.

To date Snorre Magnar Solberg has released the one solo record that debuted his alias and label Club No-No, and both tracks from that first release were long playing sessions of filter bobbing, gritty and distorted, left of deep centre techno. As an artist, Solberg still has a lot to offer, and the few productions he’s released are eccentric enough, while Solberg’s collaborative touch seems to harness a new characteristic from a strange macrocosm of metamorphosing artists from Scandinavia or thereabouts.