Astro:Dynamics will issue De/Re-Constructions from the transatlantic pairing next month.

After a well deserved placing among our best labels of 2014, Astro:Dynamics opens proceedings on a new year with news of a most intriguing transatlantic collaboration involving BNJMN and Best Available Technology. Both these artists already retain strong ties with the label; BNJMN has previously appeared on Astro:Dynamics under his Singing Statues alias, and is part of the roving Pride Of Gombe DJ collective with Astro:Dynamics founder Luke Owen. Best Available Technology, meanwhile, has appeared on the label with Excavated Tapes 1992 – 1999, Vol.1, an excellent collection of archival recordings committed to cassette in 2013.

It now transpires both artists, real names Ben Thomas and Kevin Palmer, have been developing a musical dialogue over a period of years, which will be documented by Astro:Dynamics on the forthcoming album De/Re-Constructions. Due for release next month, the 11-track set is described as a “body of work that eloquently moulds each artist’s sonic palettes and approaches,” and apparently developed quite naturally out of a desire for feedback on their mutual creative ideas. The below video for “022” directed by ‎Youvalle Levy should offer an idea of what kind of sonics to expect from De/Re-Constructions. 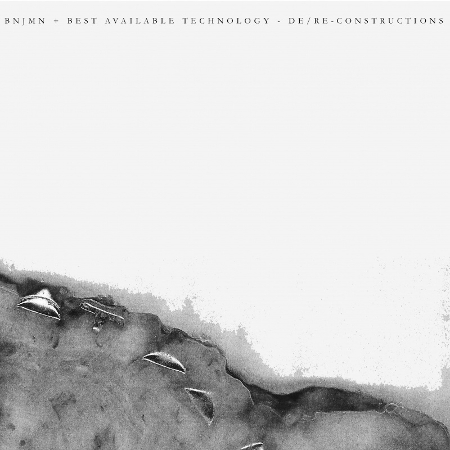